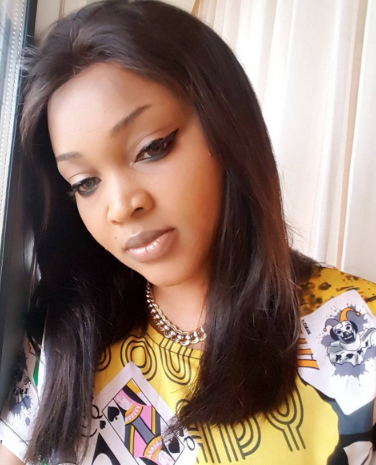 The controversial Benin babe took to the social media few days ago to share a photo of herself in hot bikini wear.

She later removed it after her dopple ganger, US model Lira Galore, the ex-fiancee of rapper Rick Ross’s publicist warned her to take down the photo. 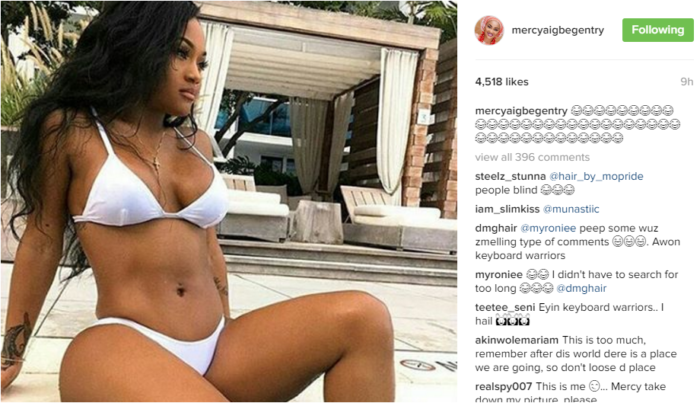 Though some of her fans actually thought it was her, however, the observant ones were quick to see it wasn’t her because Mercy Aigbe doesn’t have tattoos as seen in the above photo.

The last time we saw Mercy Aigbe on the beach, this is how she looked? 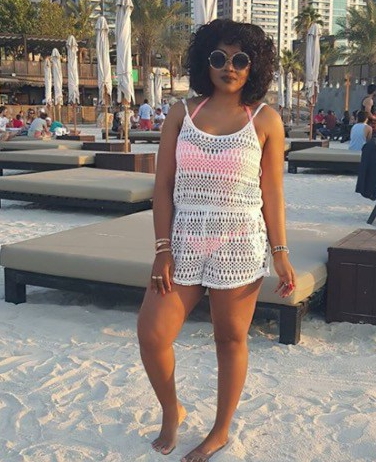 Why the sudden transformation? These yeyebrities too like attention. #noticemesyndrome