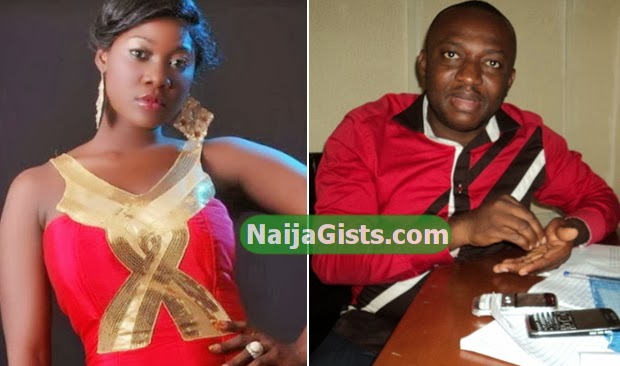 Nov 5, 2013 – “Mercy Johnson Not Banned, She Is Rude & Often Walks Out On Movie Set – Onitsha Branch Made A Petition Against Her” – Movie Marketers Chairman

The Chairman of Movie marketers association of Nigeria has spoken up on the viral story of Mercy Johnson’s ban from Nollywood that is expected to take effect come January 2014.

In a recent chat with the Nation, Mr. Norbert Ajaegbu said the story is not as earlier reported.

He claims complaints were brought against Mercy Johnson for her rudeness and how she often walks out from movie location without proper notice.

He said the Onitsha branch of the organization made several petitions against Mercy Johnson that she often dictates to people who pay her to work on movie set.

Ajaegbu said a meeting to address Mercy Johnson’s indiscipline has been fixed for Thursday November 7th, 2013.

This is what the chairman of Film, Video Producers and Markers Association of Nigeria, (FVPMAN) said on the issue:

“We did not ban Mercy Johnson, and this is authoritative. Let me tell you what happened; we had a National Working Committee meeting which I presided over. The leadership of the Onitsha branch came up with an issue that most of the artistes are charging exceedingly high. On that issue I ruled that such is the function of a competitive market; arguing that if an artiste is charging for example, N5 million, they are free to pick another artiste, who may charge N500, 000, if that is what they can afford.”

“I also made them to understand that we are gunning for the day an artiste in Nigeria would be paid N100 million or sign N100 million as a contract fee, because that is the way to show that we are progressing. We can’t afford to remain in one spot for years”

“I think they understood that, but they also brought complaints against Mercy that she sometimes walks out on set. They said sometimes, people would pay her for a job but she would prefer to give priority to those that are paying higher. On that issue, I said we cannot take a decision because there is no formal petition.”

“I told them to go back to their zone, discuss it and come out with a formal decision. We have fixed another meeting for Thursday, November 7, to see if there will be any petition. That was all that was said, so I am surprised that there is false news flying around that Mercy has been banned. If action would be taken, we would call her personally and inform her primary guild.”

If the case brought against her is true, then Mercy Johnson needs to be careful because pride goes before a fall.

As the only breadwinner of the family (this is authoritative) the mother of one needs to put caution to play when dealing with producers and movie directors because these are the people paying her.

The outcome of their meeting on Thursday will determine Mercy Johnson‘s fate in Nollywood.

Stay in touch with NaijaGists.com as this story develops.

23 thoughts on ““Mercy Johnson Not Banned, She Is Rude & Walks Out On Movie Set” – Film Marketers”