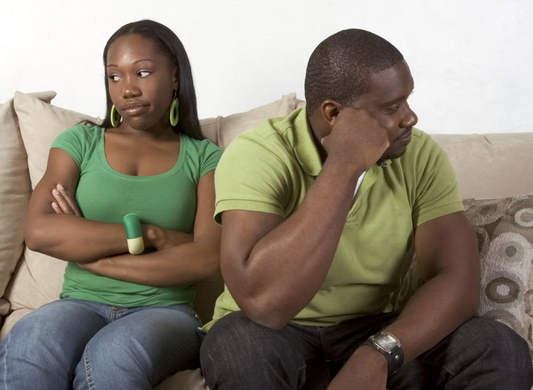 Mrs Kehinde Genesis, the wife of a Mountain of Fire and Miracles Ministries (MFM) pastor has pleaded with an Alakuko Customary Court in Lagos to end her two-year-old union to Babatunde, for “lack of care, constant fight and threat to my life.”

The petitioner, 29, who resides at Omikunle Street, Meiran, a Lagos suburb, said her husband’s day was never complete except he rained curses on her.

Mrs Genesis, a nurse said: “I never imagined it could turn out this way when we got married. We always have issues. As a nurse, whenever my husband is ill, I take care of him but, when I fall sick, he won’t show concern.

“Even if I spend days in a hospital, my husband expects me to cook for him. There was a time I made soft Eba for him; I expected him to say he preferred the hard one, instead he abused me and accused me of being lazy.

“I used to love him but not anymore because with everything happening in our marriage, it is like a waste of time. Before I married him, two prophets revealed to me that the person I will marry would kill me. There was a time my husband sent a text message to my siblings asking them to prepare for my burial.”

The respondent, Genesis, said their marriage troubles started immediately after their honeymoon, decrying the laziness of his wife to cook.

He also said they rained curses on each other whenever there was a fight and that he only beat her once.

“My wife keeps lamenting she isn’t a slave whenever I ask her to cook. To avoid trouble, I fetch water and do other things. She is very aggressive and always on the alert to start a fight with me. If I wake my wife around 8am, there will be trouble.

“Within the 20 months I have spent with her, she usually leaves the house without my consent. It got to a point she had no cloth in the house again. She doesn’t want to be scolded and keeps complaining about lack of care. I really don’t know the kind of care she wants,” he said.

Genesis, 33, said there was a time he noticed his wife did not menstruate for two months and when he asked her, she said it wasn’t his business.

“Last year, she aborted the pregnancy out of anger. We have not had sex for over three months before she packed out of the house two weeks ago. I still love her,” he said.

The court’s President, Mr Olubode Sekoni, ordered the petitioner to stay away from the house to avoid trouble. He adjourned the matter till August 31.