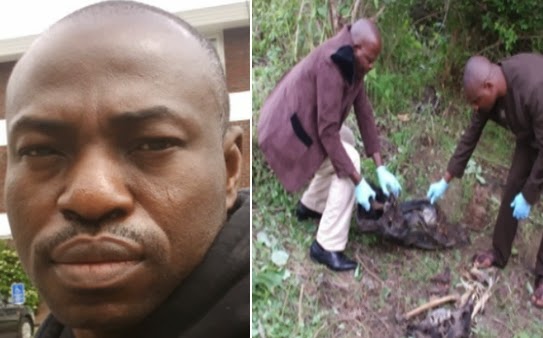 Police officials in Abuja have resolved the murder case of Mr Sylvester Emefiele, an NNPC staff who was declared missing a long time ago.

The employee of the Transformation Office of the Nigerian National Petroleum Corporation (NNPC) was murdered. His killers and their accomplice have been arrested.

The witch-doctor, Saidi Babatunde from Osun State, who was implicated by the suspects for preparing criminal charms for them was equally arrested.

Police detectives at the murder scene. 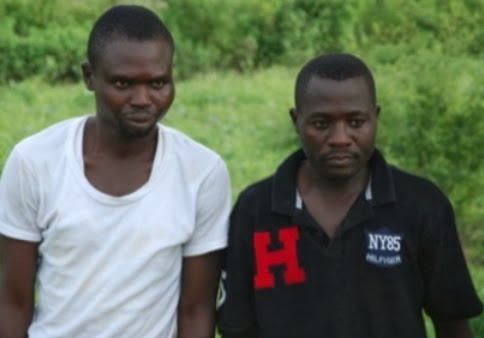 “On receiving this complaint through the Police email platform – policemonitor@npf.gov.ng, the Inspector-General of Police promptly ordered a discreet and comprehensive investigation into the case,” the statement said.

“Subsequently, detectives from the FSARS led by DCP Chris Ezike swung into action, and through systematic and high-level investigative technique, tracked down one Olaniyi Banjo, a 20-year old resident of Ilesa, Osun State, who bought the Blackberry phone of the deceased from one of the principal suspects, Akindele Taiwo. The sustained surveillance and investigative efforts of the police led to the arrest of the masterminds of the crime on 8thJune, 2013.” – said the police spokesman

The police further said that Lekan and Taiwo made very useful statements in connection with the disappearance, robbery and killing of Mr. Emefiele.

“The suspects equally led detectives to the scene of crime – a bush close to the Iddo Campus of the University of Abuja – where the abandoned and totally decomposed remains of the deceased, now mere skeletal parts, were recovered. A detailed forensic examination including DNA analysis has confirmed that the recovered remains were actually those of Mr. Sylvester Emefiele. Other personal effects of the deceased, including cash, ATM cards, Laptop, Blackberry phones, cheque books, personal apparels, etc were also recovered.”

The investigation revealed that on his way from Lagos to Abuja, the late Emefiele, in Giri, Gwagwalada Area Council of the FCT boarded a Nissan Sunny Saloon Car driven by Taiwo who further picked his accomplice, Lekan, at about 8pm on 23rd September, 2012.

The unsuspecting passenger was subsequently subdued, led to the bush, and robbed.

“The suspects confirmed that they had earlier forced the deceased to disclose the Personal Identification Number of all his ATM cards which enabled them to make an initial withdrawal of N186,000 from his Zenith Bank, First Bank and GT-Bank accounts at Gwagwalada. On seeing that their victim still had an outstanding balance of over Eight Hundred thousand naira (N800,000.00), the robbers chose to kill Mr. Sylvester Emefiele by binding his wrists with twine and hitting his chest with their Talisman and other dangerous weapons until they were sure that their victim’s life had fizzled out. Thereafter, they continued making illicit withdrawals from the victim’s accounts until they were apprehended by the Police.”

Commending the investigating policemen, the Inspector-General of Police called on the public to be wary of the kind of vehicles they enter in order to avoid falling victim to hoodlums. He also promised increased visibility of the Police on Nigeria’s highways through intensive vehicular patrols especially at nights. [Source]