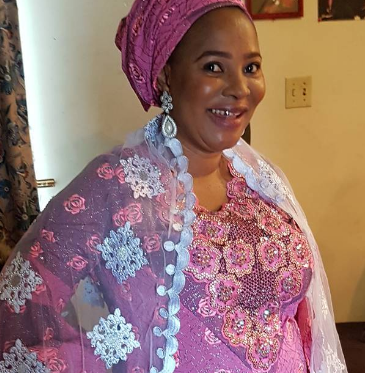 May 18, 2017 – Moji Olaiya Is Dead: Nigerian, Yoruba Actress Dies Of Pneumonia In Toronto Weeks After Giving Birth To Baby Girl

The family of veteran highly musician Victor Olaiya is bereaved.

The 42-year-old actress gave up the ghost at the Toronto General Hospital in Toronto, Ontario Canada after suffering from cardiac arrest that arose due to Pneumonia complication.

The actress divorced her first husband in 2008 and remarried secretly last year.  She kept a very low profile until she gave birth in Toronto in March sadly, she didn’t live to care for her newborn baby who is currently in care of her husband’s family members.

The actress who reportedly had c-section was said to have discharged herself from the hospital without proper healing but she was forced to sign some documents before she was released.

She reportedly died of Pneumonia complication around 11:05pm last night at the aforementioned hospital.

According  to family sources, she is likely to be buried in Toronto due to the expenses involved in transporting her corpse back to Nigeria.

As at the time of this report, her aged mother currently in Nigeria is yet to know she has died.

3 thoughts on “Moji Olaiya Is Dead: How Yoruba Actress Died Of Pneumonia In Toronto After Giving Birth By C-Section”