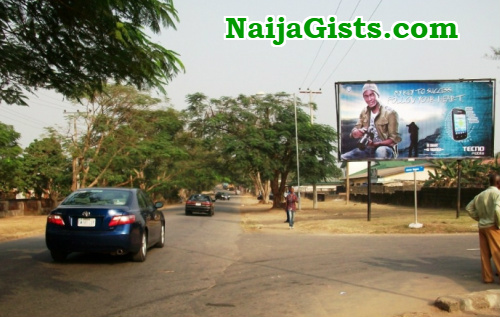 By Sunny Nwankwo, The Nation

Less than 5 days after an Engineer identified as Ugochukwu Stanley Mbadi who had one month to wed his heartthrob was murdered in the Ogbor Hill axis of Aba, Abia state by some hoodlums, a 23 year old girl, whose name was given as Miss Margret Stanley was at the weekend shot dead by gunmen.

Margret was said to have gained admission to study one of the science courses at the Michael Okpara University of Agriculture, Umudike, near Umuahia, but had to defer the admission due the parent’s downward financial position.

She decided to take up appointment as a teacher in one of the privately owned schools in the area.

It was gathered that on Friday morning, Margret who hailed from Ohafia in Ohafia Local Government of the state, left home for her school to participate in the end of term activities heralding the Easter break.

After the end of the activities, Margret was said to have left their school around 11.00am and decided to trek down to her parent’s home few metres away from the Federal Housing Estate.

On getting to Road 8 of the Estate, she was said to have gone to the house of a relation to collect her phone which she kept there to recharge the battery when she was going to school.

A source disclosed that immediately Margret came out of the building on Road 8, clutching her phone in her hand, two young men who were riding from the Emelogu end towards the Estate, in a tricycle popularly known keke nepep, accosted her.

The source said initially, people thought the occupants of the tricycle were engaged in fruitful discussion with the deceased until when one of the men pulled his gun and shot the girl on the head.

“Immediately the first shot went out, the girl fell flat on the ground, then the gunmen came down, collected her purse and phone and left unchallenged. The sound of the gun sent fears down the spine of the few people doing business in the area as they scampered for safety”.

A patent medicine dealer in the area, Emmanuel Nwanma, who said his attention was drawn to the incident by a young boy, said when he went to the scene about 40 minutes the hoodlums had fled, the girl was still breathing.

Nwanma said he put the girl in his car and hurriedly took her to Azuka police station to register the incident first before she was rushed to a nearby hospital.

He said it was while doctors were battling to remove the bullet which lodged in her brain, that Margret breathed her last.

A relation of the deceased, who wouldn’t want his name in print for security reasons, accused the Azuka police of demanding N150, 000 for her autopsy.

He said if the parents had such money, that the girl would have been at Michael Okpara University, Umuahia where she gained admission and would not have stayed at home to die in the hands of gunmen.