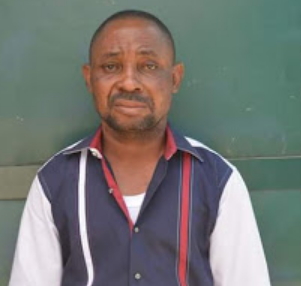 NAPTIP (The National Agency for the Prohibition of Trafficking In Persons) said it arrested a 38 year old native doctor, Chigozie John Emmanuel, A.K.A ‘Akuchi’, for allegedly selling neonate.

This was announced in in a statement by the Head, Press and Public Relations of NAPTIP, Mr Josiah Emerole, in Abuja on Sunday.

Emerole explained that the suspected trafficker sold the new born baby to a woman whom he promised to make pregnant through spirituality.

He was arrested after weeks of surveillance by officers of the agency and those of the Department of State services.

According to him, Emanuel has been previously arrested by the Nigeria Police, when a woman was caught with a baby in Abuja enroute Minna.

The spokesperson said that the native doctor told his victim he had made her pregnant and cautioned her not to go to the hospital for any medical treatment or ante-natal care.

He said that based on the victim’s narration, when it was time for her ‘delivery’, Emmanuel directed her to Port-Harcourt where a baby was handed over to her.

Emerole disclosed that the woman confessed to have paid the suspected trafficker N650,000 for the baby.

He noted that the suspect, who was arrested at the weekend, was currently under investigation for alleged child trafficking and would be arraigned as soon as investigation was concluded.

The spokesperson reported the Director-General of NAPTIP, Dame Julie Okah-Donli, as commending the officers for their painstaking surveillance which culminated in the arrest.

“She further warned the public, especially women, to stop patronising such ‘native doctors’, as the sale of babies is a crime punishable by law.

“I am urging couples who wish to adopt a child to go through normal procedure acceptable by law.

“I am reiterating the commitment of the agency to tackle child trafficking in Nigeria.

“I am appealing for more information from the general public about any such act or ‘illegal maternity homes’ in their neighbourhood where these unwholesome activities take place” she said.