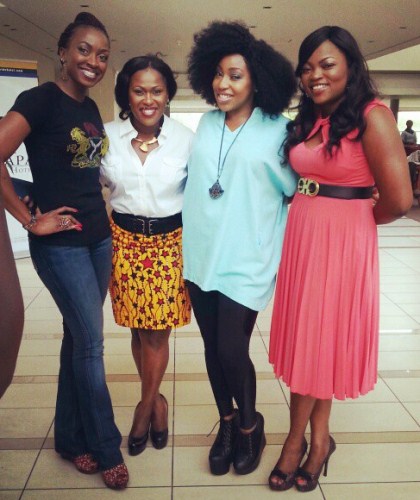 We learnt she’s been putting finishing touches to several contents, as she believes viewership would be determined by content. Nollywood is one of the few platforms Mo Abudu wants to use to drive the channel and close sources said her choice of Nollywood would be ‘new Nollywood’. This, we learnt, prompted her choice of the reigning queens of Nollywood in the mode of Rita Dominic, Kate Henshaw, Funke Akindele and Uche Jombo. However, the level of secrecy on the job is high, as the actresses have been made to sign a non-disclosure contract.

A statement signed by Pamela Ofoegbu, Director, Reality Programming, EbonyLife reads thus: “The show sees the Nollywood Divas collaborate in the production of a brilliant and pulsating short film that spotlights the plight of women across Africa who have to bear the pains of domestic abuse, a crime far too familiar but rarely spoken about. We have signed up four electrifying Nollywood divas who will each play a role in the short film.”

The statement also quotes Mo Abudu as saying: “Our current filming will bring our viewers to that compelling intersection between entertainment and reality as we bring some of Nigeria’s most celebrated Nollywood screen goddesses to highlight and fight the scourge of domestic abuse, an issue prevalent in the African, and indeed, Nigerian daily life, through reality TV.”

Join Us On Facebook @ https://www.facebook.com/naijagists for latest news updates.