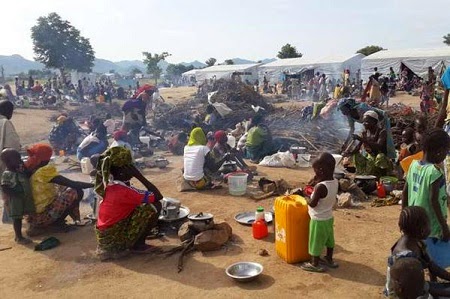 4000 Nigerians who took refuge in Karamga Island in Lake Chad have been sent home by Niger Republic.

A regional governor in Southern Niger ordered the deportation of the refugees after militants killed scores of soldiers in an ambush attack on the Island on the 25th of April.

Idi Jidawa, NEMA executive secretary in Yobe state said the 4,000 displaced Nigerians were on their way back home.

A security official who requested anonymity also confirmed the news.