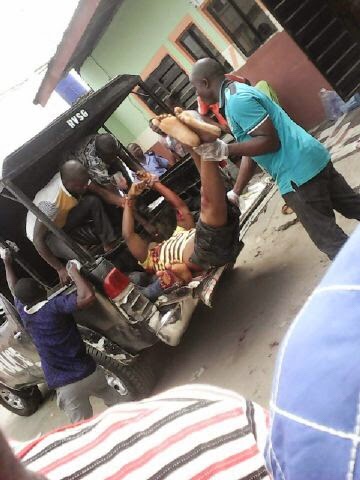 It was also alleged that Adube was not the only victim as his assailants also shot dead his two sons from point blank range.

“About three others were killed in the hands of the rampaging gunmen”, a source told PM.

It would be recalled that the APC leadership complained about the wanton killing of its members in Ogba/Egbema/Andoni LGA to Prof Chidi Odinkalu, Chairman of National Human Rights Commission when the team visited Rivers state last month.

The state Police Public Relations Officer, DSP Ahmad Muhammad who issued an official reaction to inquiries on the latest onslaught said he had not been adequately briefed by the Divisional Police Officer in the area.

The late Chief Adube was a former Caretaker Committee Chairman of the local government and until his death was the political leader of APC.

Omoku, the headquarters of the council area has also been enmeshed in reprisal cult clashes and politically motivated killings.

In a related development Governor Chibuike Amaechi today said he will set up Judicial commission of Inquiry into the election-related killings in the state and vowed to send to jail anybody found guilty.