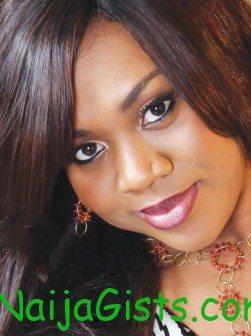 There is so much to talk about that I don’t even know where to begin. Let me skip some experiences and talk about the conversation I had with my aunty in my hotel room in the United Kingdom.

She asked me how Naija was and I said ‘well we thank God’. Of course, I knew she hated answers like that so I quickly apologized.

In as much as I try to be as positive as I can about every situation, it was slightly difficult to talk about Nigeria in that manner.

So I talked about the state of electricity, roads, hospitals and the doctors’ strike, bombings and the pain of the Christians in these times and the cashless Nigeria which I think should be a topic for another article.

Then I got tired after I realized that I was sounding like a nagging wife. Anyway as I rounded off, she looked at me, laughed and said, “you know what?” in her funny accent, “we are all facing so much in the UK to the point that people here wanna come back home, you know”.

That shocked me a bit and before she opened her mouth something came on the television; she took the remote control and increased the volume. Then she said “please watch this”. It was on BBC and the presenter was at a site with pillars that had missing metals; also different monuments that had broken and vandalized. Apparently the crime rate in the UK had trippled. People are stealing from different places —warehouses, banks, etc, to to enable them purchase drugs and food, all because of David Cameron, who came in and changed everything.

He revoked benefits, slashed salaries, rendered people jobless and homeless, and generally made life unbearable for a lot of people.

I did not realize how bad it was at that time till we changed the channel and saw an old couple who were caught stealing from the pharmacy in a hospital because their monetary benefits from the government had been cut. Now, that was really scary, and that was when I heard the full gist of what was going on.

In the UK now, even if you have cancer and you were getting monthly allowances from the government because you can’t work, the new policy is insisting that you must work unless you can prove that you have a major relapse.

On that same TV show I saw people signing so many documents just to prove to the government that they are still entitled to the benefits. These documents were the size of two huge Concordance Bibles and I am not exaggerating; all in a bid to collect as low as 250 pounds a month.

Wow! Now, that threw me off balance a bit.

There was a time when we all started laughing as the presenter said UK residents have all become actors, just to retain their benefits. He said even people whose diseases are not that bad on paper now go to the collection office with walking sticks and neck braces just so people think their conditions are deserving of the benefits.

Even though that was funny, it got me thinking.

We all shout and rant and complain about our country Nigeria, but the truth is that when the developed world and countries were going through the economic meltdown, I don’t remember it really hitting Nigeria or Nigerians. We were still going about our lives and businesses. When they were laying off thousands of people from work, we did not experience that. When big shops and stores were shutting down all over the world, it did not affect us. When Dubai suffered economic loss because they invested in another country, it did not affect us. When the hurricanes and floods rocked the world, it did not come near us.

Truth is we have had our own fare share of fuel subsidy wahala, Boko Haram and the rest of them, but we are not the only ones. We seem to think that Nigeria is a lost cause but I beg to differ, because Nigeria is the hope of the world and the future.

It may seem far fetched now but it will happen. A few greedy, selfish and evil men are not enough to destroy this wonderful country which God has blessed with so much.

Anyway, after the TV show, I realised that the same United Kingdom that so many people will give up everything to live in, is having so many issues now. Two families I know have come back home, businesses are coming back and foreigners who have identified Nigeria as the next best thing are flooding in. From the movie makers who have come to appreciate Nollywood, to the pastors and gospel singers who have come to love Nigerian churches, to the doctors from India and Germany who have set up hospitals here, to the telecoms and cable TV providers who are becoming billionaires overnight because we have the power of numbers, to the engineers who have been getting huge contracts just because of the colour of their skin, to the professors who are in Abuja everyday getting approval to set up school with American curriculum and so many others who find it easy to get what they want because they know that once you are a foreigner and you have a great accent, you can have anything you want from the Nigerian government.

I am not really sure I am thrilled with this trend because I know how Nigerians labour and spend to get approvals or contracts from their own government.

Looking at it positively, this also proves that there must be something outsiders can see and that is why they are all running down here.

Nigerians must wake up and smell the coffee! This same Nigeria that we are all condemning is the same place the whole world is rushing to. If we can just stop and think hard, we can find out what they see and we can all benefit from it.

It is important to stand up for ourselves before its too late. The time we spend in lamenting, let us spend it looking for solutions. The good thing is that unlike other countries that have natural disasters beyond their control, Nigeria only suffers from man-made problems that can be solved by God through man.

Yes, we have major issues and some are so painful. From armed robbery, to rape, to domestic violence, to fraud, to child trafficking, to a government that has failed us, to poor medical facilities and so much more.

With all of these, I refuse to give up on my country.

Let us all ask God for help now and make ourselves available to be used as agents of change. The time is now.

Quote: This is from a song: “Andrew no check out o, stay and build your country, Nigeria go survive.”