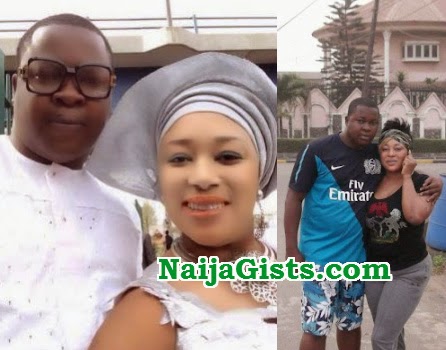 Popular Yoruba actor Baba Tee who relocated secretly to London few months ago has returned back home after his purported marriage to London based socialite Yetunde Bustline crashed.

In this exclusive chat with Lagos-based softsell magazine’s editor, Biodun Kupoluyi, Baba Tee narrated how he suffered in the hand of Yetunde and how God eventually released him from her bondage.

Are you back in Nigeria now, please describe your experience in the UK

Yes, I have always been in Nigeria.  I just travel for brief periods, and return, but I’ve been in Nigeria for about eight months now. It was full of ups and downs in terms of jobs. Truly, there is no place like Nigeria and I’m proud to be a Nigerian.

While you were staying in the UK, we got to know much about your relationship with Yetunde Bustline especially on social media; what is really going on, were you married to her?

No, never! I was never married to Yetunde Bustline, and I never lived in London. I just go on visits the way normal people do. As for our relationship, I believe age is indeed a barrier in relationships. Every man will be happy when they have control over their woman, but I didn’t have any control over her. Besides, I don’t like people who are too extroverted. She was always quick to expose anything that happened between us. I never caught her with any man, but I just thought I needed to keep a distance from her. Many people thought that I was married to her, but that wasn’t so. Contrary to what people believe, I also didn’t benefit anything from her. Many people even thought that she got me a British stay, and that I’m lazy, but I work and earn my own money. I make money from my movies. People living in London are not necessarily better off than those of us here in Nigeria. I just thank God that I’m not with her again.

So you mean you are off her hook? Yes, I’m off.

What was the attraction in the first place?

When I went to the UK, I was not in any relationship. I also have to advise girls to be careful too.They usually go after internet fraudsters, and the so-called big boys.  They usually look down on people like us. But my relationship with Bustline started on a platonic note. I had never met her before, and because I’m not an internet person, I didn’t even know anything about her. It was later that I found out about some of the things she had done. However, I still continued with her, because I believe that I don’t have to judge anyone by his or her past. We continued our normal relationship, but I realised that it couldn’t work, so I opted out. You can check my Facebook page, and other social media, she is not there. I’m not attached to her in any way.

Was it easy for you to get out of that relationship?

It wasn’t, and at the same time, it was. That was the first relationship I had that my every move was being tracked. I prayed to God to get me out of the relationship. My big brothers in the media like Biodun Kupoluyi, Seun Oloketuyi, and Femi Davids also advised me on how to handle the issue because this lady we’re talking about did a lot of things to me in the UK.  She went about threatening  me; you know I was a new comer  then, and I was scared, but they told me that since I did not commit any crime, she can’t just threaten to deal with me with immigration. I yielded to all the advice they gave me, and I found out that God has done it for me. I kept on thinking about the best way to opt out, so there’s a lady I met about two years ago, and we came back together.

We STARTED a relationship in Nigeria, though I first met her in UK. Since she has been with me, Yetunde could not call, and when she calls, my girlfriend will pick it and that was how God ended it for me.

What did you learn from the relationship?

I learnt a lot of things from that relationship. I learnt that age difference is a barrier in a relationship. I also learnt that it’s good to keep some things secret in a relationship, because by the time you expose everything, people will start telling you how to live your life. Though some might be lucky in relationships with wide age difference, but I think it doesn’t usually work, especially when there is distance between you two. It’s even okay if your partner is a little bit older than you, but when it’s a gap of eight years, I’m telling you it’s something else.

Did your parents or siblings warn you about the relationship?

Of course that is expected of them. Everyone was concerned because I was just starting my life, and I was already hooked with a mother of two who lives in the UK and threatens me with immigration. It’s always good to hook up with a woman who listens to you. Someone you can tell to sit down, and she will sit down. Though I’m an orphan, my sisters really tried for me, especially Bose Akinremi and even Pasuma.

What is Baba T up to now?
I just completed work on my movie. I also have plans to release some songs because I have musical talent similar to the likes of Gbenga Adeboye.

Baba T’s alleged sugar mummy Yetunde Bustline, a single mother of two is a popular socialite in London. She attended virtually every event in London. She is the founder of Bustline Media. 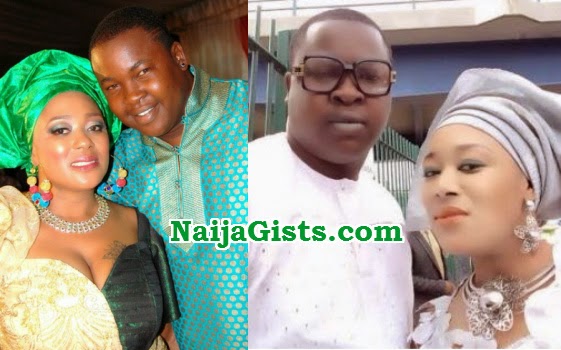 Baba T caught a ‘fish bigger’ than his size..LOL thank God the immigration didn’t arrest him.