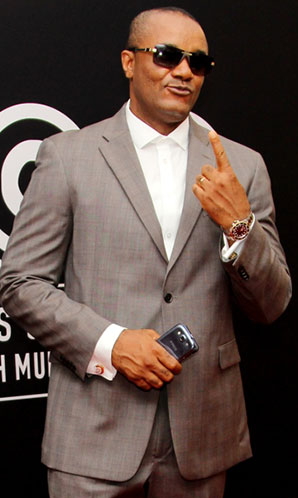 “I am not one of the accidental actors in Nollywood. As a child, I had always wanted to be an actor. I was drawn to acting because of the fantasies. As a child, I grew up watching American movies and I used to love the actors I saw on screen. As I grew older, I found out that I could be successful without venturing into crime. I found out that it was a very plausible platform to become a millionaire without bribing anybody. All you need is your talent and God’s grace. That made acting more compelling for me.

“The other key factor that made me become an actor was to stay away from crime and to become a rich man. It was not easy convincing my parents because back in the days, people saw us as jokers and people without future ambition. I had some of my sisters who were in America and I knew that it would take luck for me to break into Hollywood. I knew it was not a joke, so I stayed put in Nigeria. My father died before I gained admission into the university, so it was not too difficult convincing my mother that I wanted to study Theatre Arts in the University of Jos. Although my mother is dead, she was very happy that I chose this path”.