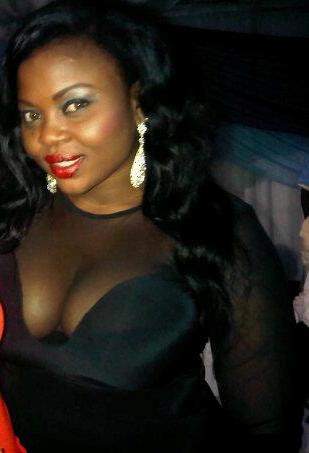 In what critics called a slap in the face of Nollywood, talented Yoruba actress Bimbo Thomas has admitted that she once sent nude photos of herself to a man she dated who claims to be in love with her.

Bimbo said she did that to keep the romance burning but unfortunately for her, the man was a married man who disguised as single.

Hear what the actress said in a recent interview:

“Yes, I have been in love before and I have been involved in relationships I thought was love but wasn’t.. There was this relationship I thought would lead to the altar. I was committed to it and the guy was committed too but it still didn’t work out. We are still friends though. When I came out of that relationship, I didn’t want to date again. I just wanted to be left alone but you know women and love; I found another guy, he was the kind of guy one will call a gentleman. I fell in love with him; I could do anything for him. I even made a mistake that still tugs at my conscience till date; I sent him my nude photos.”

Looking back now, it was one mistake too many especially when I realized the guy was deceiving me as he was married with children. I cried and cried! I almost gave up on everything thing but God kept me.

“Yes, it is a stupid mistake but you know celebrities are humans too.  We hurt, we laugh, we cry, we love, we grief and do everything every other human being does. We fall in love and make mistakes.

“Though we fall down like the Bible would say, but we can’t stay down, we get up and keep forging ahead. Many guys that approach female celebrities have evil intentions,”

Nollywood Actress Ruth Kadiri On Jack & Jill Movie Set In Ghana
The Winner Within: Dealing With Fears & Anxiety On Your Journey To Success