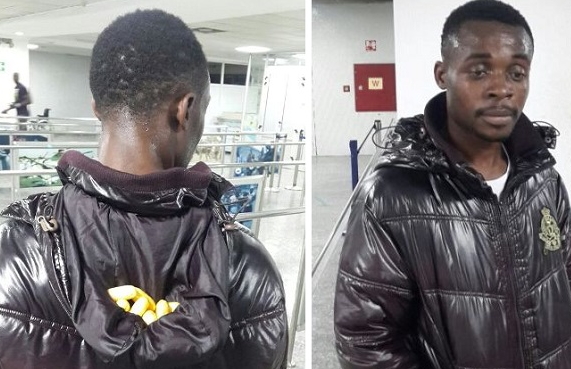 September 26, 2016 – NDLEA Arrest Nigerian Drug Dealer Who Hid Cocaine Capsules In His Anus & Jacket On His Way To Italy

A suspected drug trafficker has been caught the NDLEA for allegedly hiding wraps of narcotics in his anus and jacket.

The suspect identified as Innocent Anazodo was found in the possession of wraps of Cocaine weighing 375g yesterday Sunday the 25th of September 2016 at Murtala Muhammed Airport in Ikeja Lagos while trying to board a flight to Milan Italy.

“I made a mistake and I am regretting my action. “It is true I had financial challenge but I should not have smuggled cocaine,”. 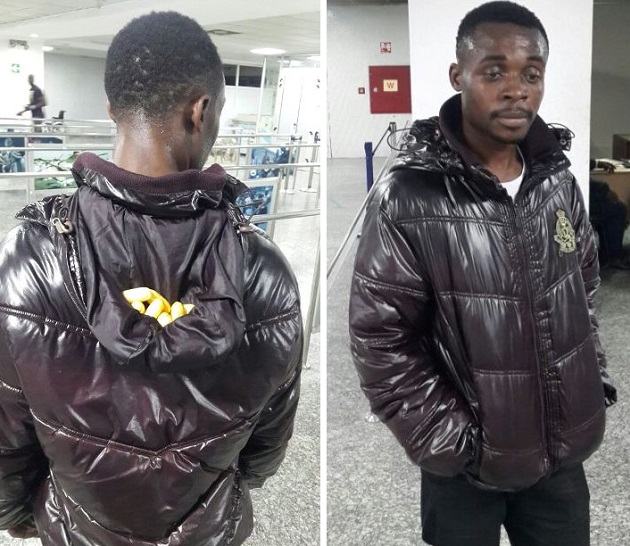 Anazodo who hails from Anambra said he took the risk because he was promised €2,000.