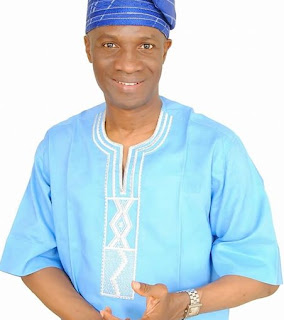 July 26, 2017 – Nigerian Gospel Artiste Kunle Ajomale Says US Immigration Inserted Microchip In His Body To Track Him Down

As Nigerian gospel star Kunle Ajomale prepares for the 30th anniversary of his music career, he speaks with Chux Ohai on his experience

Popular gospel musician, Evangelist Kunle Ajomale, has said that he is still living with a live tracking device – a microchip the size of a tiny strand of human hair – which he accused officials of the United States Immigration and Customs Enforcement of forcefully implanting in his body in 2010.

“I am still carrying the microchip in my body. Some Indian doctors have detected it and told me that it is still in my system,” the musician said, in an interview with our correspondent.

Complaining of persistent headache, tiredness and constant pain as a result of the chip’s presence in his body, the singer said that he had engaged the services of about 11 Nigerian doctors since he returned to the country (Nigeria), but none of them could detect the chip for want of the necessary facility. When the Indians arrived, he noted, they showed him the exact spot in the body where the chip was implanted.

Despite his effort to draw the attention of the US authority to his predicament and the violation of his fundamental human right by the USICE, he lamented, the country had done nothing about the issue.

“The Americans have refused to deal with the matter or talk about it. One thing I know is that the truth cannot die. One day, the truth will be revealed and what those people did to me will be exposed,” he said, expressing the wish that someday the Federal Government would listen to him and boldly demand that the US do the needful.

However, nudging the matter aside, Ajomale decided to focus on the celebration of the 30th anniversary of his music career, scheduled to hold on August 27, 2017 in Lagos.