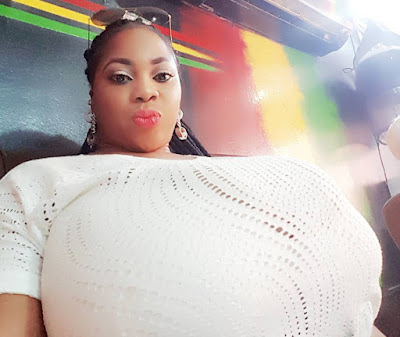 A Nigerian woman who is set to take over from American woman Annie Hawkins who broke the World records  for the biggest natural breasts has just been discovered.

Meet Laberry, a well endowed Nigerian woman who has become an internet sensation.

Her Instagram profile is gradually becoming the most visited by curious male fans from all over the world who took pleasure in starring at her gigantic frontal asset.

Though sleeping may be a struggle, Laberry is not complaining as her big chest has become a blessing as men interested in tasting from the source are flooding her page with requests from all over the world.

Many are even advising her to contact Guinness World Records.

Here is a photo of Annie Hawkins without her bra. 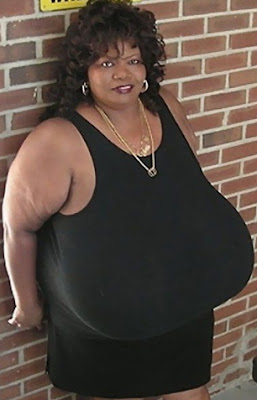 If Laberry goes bra-less, she is likely to beat her hands down.

Check out more photos of Laberry beauty below 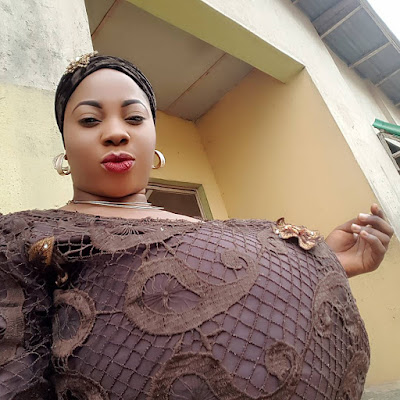 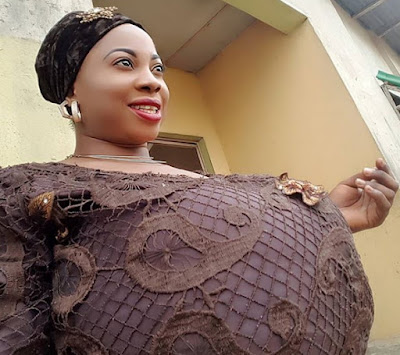 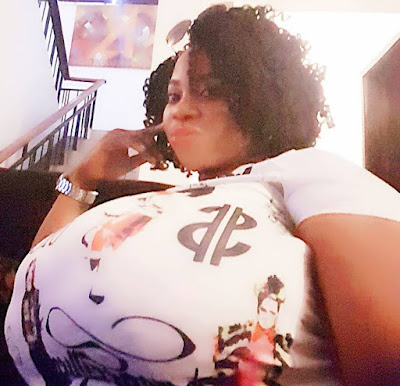 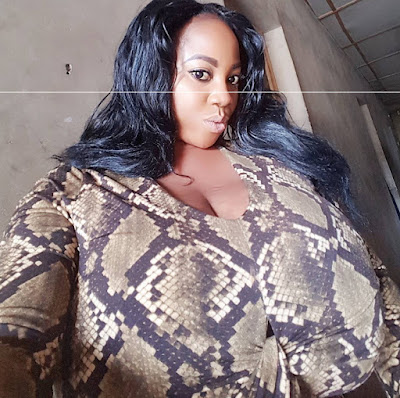 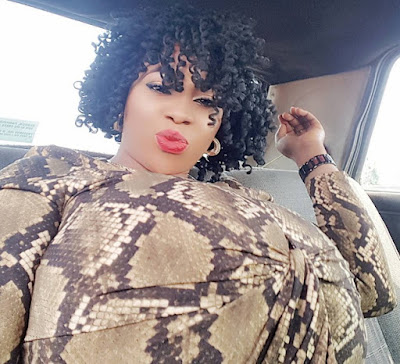 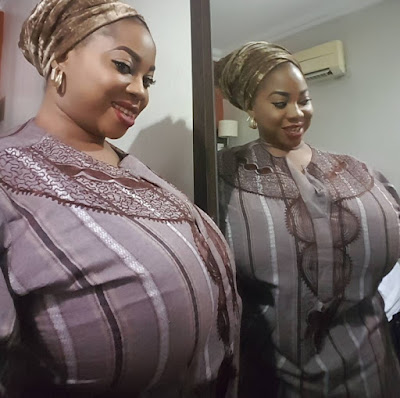