Edo state-born Nigerian man identified as Tony Rholand living in South Africa has been brutally stabbed to death by his wife, a South African Citizen. naijagists.com

According to sources, Tony Rholand popularly called Lasgidi was killed on Jan 1st, 2013 after his wife of many years stabbed him to death following a minor disagreement.

According to an insider from the Nigerian community living in South Africa, the mishap took place at about 4am in the early morning hour of new year’s day.

The fatal stabbing happened in Bhisho community in King Williams town in the Eastern Cape province of South Africa along the banks of the Buffalo River.

The suspect has been identified as Lungi who hailed from the Khosa tribe in South Africa. The couple have a child together

According to family sources, Lungi, the alleged husband killer has past history of husband abuse.

We learnt she had threatened to kill her hubby with knives in the past but the deceased refused to take her threats seriously until the 1st of January, 2013 when she eventually killed him. 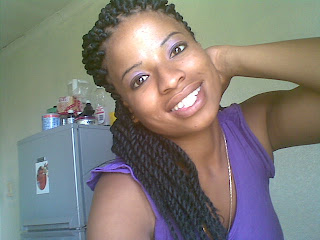 On January 1st, 2013, after what close friends termed a minor disagreement, Lungi stabbed her husband severally.

He was rushed to a nearby hospital where he was later pronounced dead.

Tony  Rholand’s body has been transferred to a local mortuary and Lungi, the husband killer has been arrested.

Tony’s family members in Nigeria have been notified.

What a world we live in.