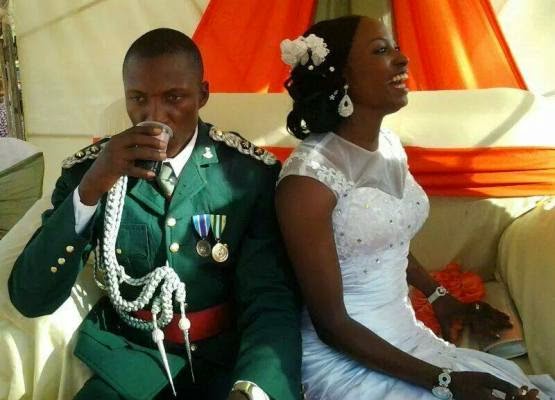 The Nigerian Army, has again, warned that the law prohibiting serving officers and soldiers from taking foreigners as spouses was still in place.

It advised its person­nel, who had the intention of marrying foreigners to have a rethink or put in their notification of retirement.

The Army said the law, which has been in existence since 1975, was enacted for security reasons.

Acting director, Army Public Relations, Colonel Sani Usman, who made this known at a media brief­ing, yesterday said some dimissed soldiers took ad­vantage of the recent review set up by the Chief of Army Staff, Lieutenant General Yusuf Buratai, to review cases of personnel convict­ed by a general court mar­tial for offenses committed while on counter insurgency operation in the North east to appear before the review committee.

Colonel Usman, who de­scribed the dismissed per­sonnel as miscreants and criminals, said their cases were out rightly rejected by the review committee.