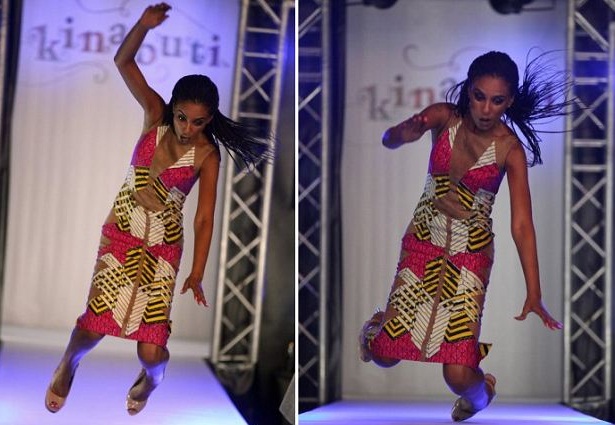 This happened during the cat walk session of Kinatubi fashion show in Lagos on Thursday.

During the show, one of the model apparently missed her steps while cat walking.

She was immediately captured by vigilant paparazzi.

By the expression on her face, one can only wonder what might have been going through her mind as she struggled to maintain balance.

From the pictures above, the fall looks really bad.

This fall is very similar to that of Naomi Campell in 1993. Naomi fell during Vivienne Westwood show at Paris Fashion Week in the aforementioned year. 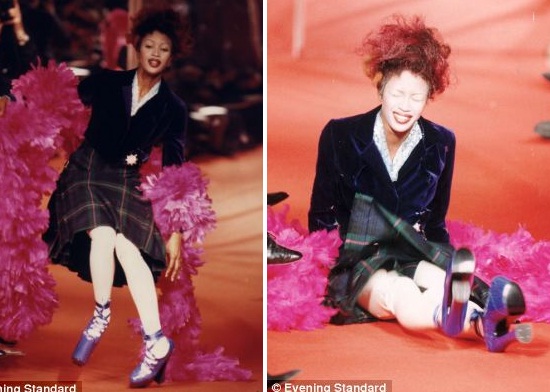