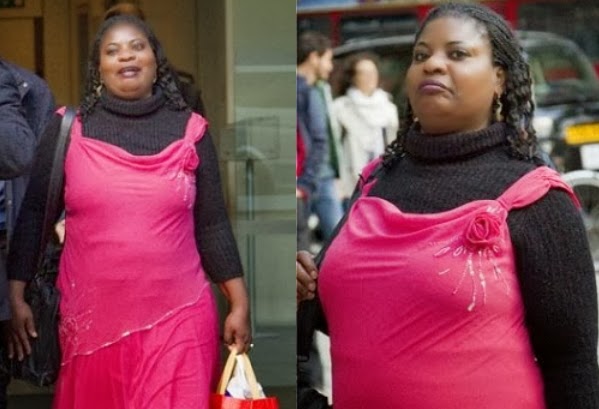 A home care nurse is currently on trial in the UK for allegedly pulling a screaming patient’s hair at Bupa care home.

According to MailOnline, Osironke Olugbile, 53, also barricaded residents in their rooms and dressed them in multiple incontinence pads so as not to disturb her during the night, it is alleged. She was caught by a healthcare assistant, identified as Mr 1, pulling the resident’s hair to force her into bed.

The nurse also layered incontinence pads in stacks of five and repeatedly switched off the call bell so that she could work undisturbed, the Nursing and Midwifery Council heard.
Olugbile also left pensioners fully clothed over night so that she did not have to dress them in the morning at the Bupa-run Collingwood Court Nursing Centre in Clapham, south London.

Giving evidence Mr 1 said he was initially worried about making a complaint after Olugbile said she had a friend with supernatural powers.

‘I was hesitant to report the issue to management because Ronke (Olugbile’s nickname) would often comment that she has someone back home, in Africa, with supernatural powers who will do whatever she says, to the point of killing someone if necessary,’ Mr 1 told the hearing.

The tribunal found nearly all the allegations against Oligbile proved and she could now face being struck off the register.
Robert Benzyne, for the NMC, told the panel that Mr 1 witnessed the abuse through the resident’s room door after it had been left ajar on August 6, 2010.

‘He approached room 59 where he heard screaming and shouting. The door to the room was ajar and he witnessed the registrant pulling Resident A’s hair trying to get her to bed.’
He also said that Olugbile would remove the stacked up incontinence pads before the day staff arrived.

Olugbile barricaded Patient F who was described as ‘restless and aggressive’ in his room, it was said.

She also turned off the call bell between August 13 and August 15, 2010 and on several other occasions, preventing vulnerable patients from being able to contact the nurse’s desk.
Mr Benzyne said: ‘He (her colleague) recalls that the bell had been switched off. The reason that was given to him about why the bell was switched off was that it prevented the bell disturbing her during the night.

‘The registrant put the resident’s day clothes on intending that they would be able to get up in the morning and they would already be changed and that would save time in order to clean them and get them ready for the day shift.’
On another occasion she wrote that a patient ‘enjoyed falling deliberately on to the floor and sliding from the chair’ in their hospital passport.
Finding all but one allegation against Olugbile proved NMC panel chairman Clive Powell said she was guilty of ‘serious abuse’,

‘The panel determined that some of your conduct in relation to the vulnerable residents at the Home amounted to serious abuse,’ he said.
‘The panel noted that you have not shown any remorse or regret. You have denied these charges from the beginning and have sought to blame others and accuse them of lying.
‘You have sought to abdicate yourself from any personal responsibility for your actions,’ said Mr Powell.

The nurse, who claimed she is the victim of a ‘conspiracy’, now faces an anxious wait as her hearing has been adjourned for the second time.
When the hearing resumes next year, the panel will determine what sanction to impose which could see the nurse struck-off the register.

Olugbile worked at the Collingwood Court Nursing Centre between March 27, 2006 and February 9, 2011 after registering as a nurse in 2005.