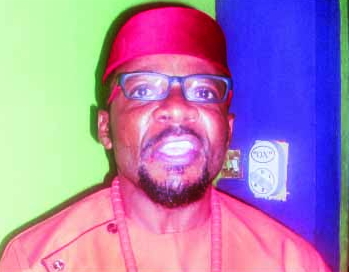 After spending 3 years behind bars at Kirikiri medium prison, a Junior Pastor, Ben Eze has been released.

Pastor Ben Eze (pictured above) was recently discharged over charges that he defiled four underage girls for lack of evidence.

Finding it difficult to contain his joy, he revealed that it was only God who delivered him from prison as his case was laced with malice and vengeance. Eze was arrested and charged to court in 2014 because his pastor’s wife accused him of sexually abusing her maid.

But he denied the allegations. He however alleged that his pastor’s wife Mrs. Onyinyechi Gift Okereke who resides at Abolaji Street Mafoluko Oshodi Lagos attempted several times to seduce him without results.

Eze had moved in with the family of his Pastor due to accommodation problem and barely stayed for four months, when the woman allegedly began her advances each time her husband was not around, he alleged.

According to Eze, the elders of the church waded into the matter and warned her to desist from such act capable of spoiling the image of the Church.

Even after being cautioned by the church, he said she continued with her attempts to seduce him for some months and when she discovered he was a hard nut to crack, she framed him.

He further claimed that she then convinced her husband to get him arrested by policemen attached to Makinde Police station. This was done on the charges of defilement.

Pastor Eze said he had been through a lot of challenges because of the allegations levied against him by his Senior pastor’s wife.