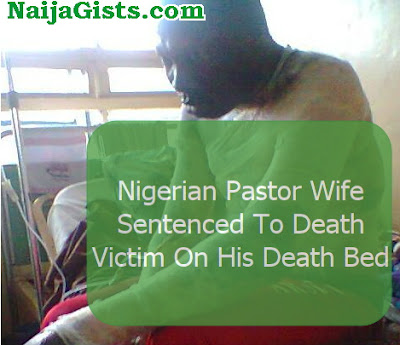 Pastor Mrs Mary Attah has been sentenced to death by hanging by a Delta State High Court in Effurun, for stabbing her husband, Pastor Darlington Attah, with a kitchen knife and setting him ablaze.

The 28-year-old housewife was pronounced guilty on the one-count charge preferred against her by Justice E.I. Oritsejafor.

The prosecution counsel, Patrick Mekako Esq, told the court that the accused who was married to the deceased, with four children, had on or about 6 July, 2012 at Effurun, within the Effurun Judicial Division, attacked her husband with a kitchen knife and stabbed him in the neck as a result of an alleged phone call from the husband’s lover. 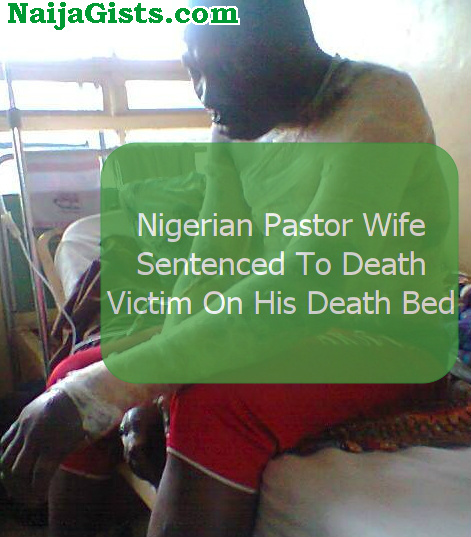 He further told the Court that the accused was infuriated by the telephone call at a time they were having a ‘nice time’ which prompted her to rush to the kitchen, took a knife and pepper which she rubbed on her husband’s face to demobilize him before stabbing him in the neck.

Not satisfied, the convict doused the husband who was already weak as a result of excessive bleeding with fuel and set him ablaze and he later died at the Warri Central Hospital where he was rushed to.

Delivering the death sentence, Justice Oritsejafor held that the prosecution was able to prove beyond all reasonable doubt the essential ingredients of the offence of murder against the accused person.

“I must also add that the evidence before this Court do not and cannot support the plea of self defence in favour of the accused person. I agree with the learned Assistant Director for the Prosecution that there is just no possible defence to avail the accused person when she stabbed her deceased husband in the neck with a knife and thereafter doused him with fuel before she struck the match on him. Her intention was to kill the deceased or do him grievous bodily harm. The law is trite that a man intends the natural consequences of his act.

Accused person is accordingly, hereby convicted of the offence of murder. The sentence of this Court upon you, Mary Attah is death by hanging by the neck till you be dead and may the Lord have mercy on your soul,” Justice Oritsejafor held.