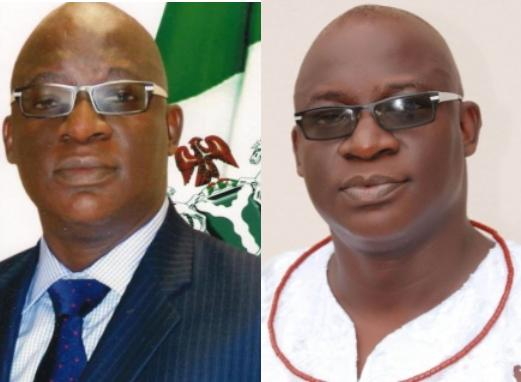 Few hours after the death of a popular Super Eagles Footballer Thompson Oliha in Ilorin Kwara state, another sudden death has been reported.

According to sources, the popular senator slumped 3 days ago at his mansion in Abuja during a telephone conversation. He was rushed to Abuja National Hospital.

Because of the serious nature of his health, a preparation is being made to fly him to Germany for treatment when he collapsed and died in hospital this morning.

According to Sahara reporter, President Goodluck Jonathan has received with shock and sadness, news of the passing away of Senator Akpor Pius Ewherido today at the National Hospital in Abuja.

On behalf of himself and all members of the executive arm of the Federal Government, President Jonathan extends heartfelt condolences to Senator Ewherido’s family, the Senate President, Senator David Mark and all of the late Senator’s colleagues in the upper chamber of the National Assembly.

The President joins them, members of the Ewherido family and the government and people of Delta State in mourning the distinguished legislator who served commendably as a member and deputy speaker of the Delta State of Assembly before his election as the Senator representing the Delta Central Senatorial District in the 2011 general elections.

President Jonathan prays that God Almighty will comfort Senator Ewherido’s family, relatives, colleagues in the National Assembly and all the people of his constituency.

He further prays that God will, in His infinite mercies, grant them the strength and fortitude to bear the painful loss of the very promising politician.

Senator Akpor Pius died at the age of 50.