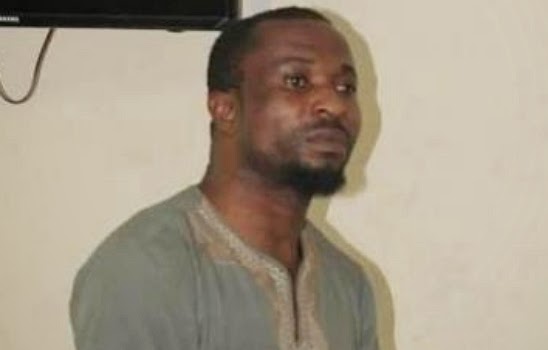 A Ghana-based Nigerian man identified as Kelvin Ogodogu who was recently arrested for defrauding a fan of Majid Michel after he impersonated him has been found guilty of impersonation and attempted fraud.

Mr Ogodogu was nabbed on the 15th of November, 2014 when he told a woman on Facebook that he’s Majid Michel. He later solicited for funds from the US-based Nigerian woman identified as Ikay to bury his late mother.

Unfortunately for him, Majid Michel met the lady in US during his last visit and the lady asked him why he was requesting for money from her, that was how the actor got to know about his impostor.

Kelvin was arraigned on Thursday before a Magistrates Court in Teshie, Ghana where he pleaded not guilty.

He was sentenced to 10 months with hard labour yesterday at the same court.