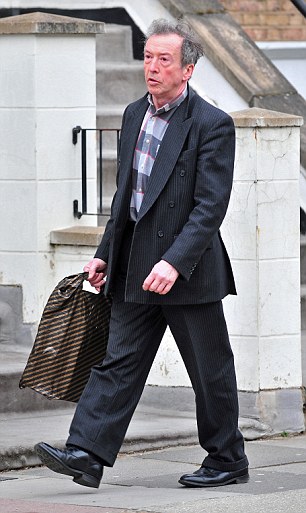 A Nigerian woman has put a British asylum judge into trouble after police arrested her in the judge’s home, not just for criminal damage, but also for living in Britain illegally.

The Nigerian, Fatima Umar, 39, lived with Senior Tribunal Judge Richard McKee, 65, in his home. The police arrested her following the report of a break-in the Kilburn basement flat of the North London home of the judge.

According to a report in Mail Online, Fatima apparently resisted arrest and was said to have assaulted the two constables who wanted to arrest her.

Fatima was charged with causing around £5,000 of criminal damage at the Kilburn property and assaulting two police officers. She is now serving two eight-week prison sentence and faces deportation.

For Mckee, his problem with the law was that he was found to have been helping the Nigerian partner financially.

He was also found to have been very soft on asylum cases that came before him for determination.

Mr McKee, a Cambridge graduate, worked for the Immigration Advisory Service as a barrister in the 1990s, bringing appeals for immigrants and asylum seekers, before he started adjudicating on cases in 2000.

An analysis of his judgments in 2012 found that in the 13 cases he heard in the previous year, he ruled in favour of foreign criminals wanting to avoid deportation on 11 occasions, reported Mail Online.

At the same time another judge ruled against all nine criminals whose cases he heard.

A spokesman for the Judiciary said: ‘On 31 January 2014 it was brought to the Chamber President’s attention that Upper Tribunal Judge Michael McKee was providing financial support to a person who was alleged to be an immigration offender.

‘This was put to Mr McKee who then retired with effect from 4 February.’

He said there would not be a review of Mr McKee’s rulings as ‘this is a personal conduct matter’.

According to Mail online, last year, Mr McKee was given a reprimand for falling ‘short of the standards expected’ of judges after he failed to inform the judiciary that police were investigating the use of his ‘premises’ for unlawful activities.

In retiring as an asylum judge McKee will be entitled to a full pension of 50,000 pounds a year.

MP Dominic Raab said: ‘Those who uphold the law should not be above it’