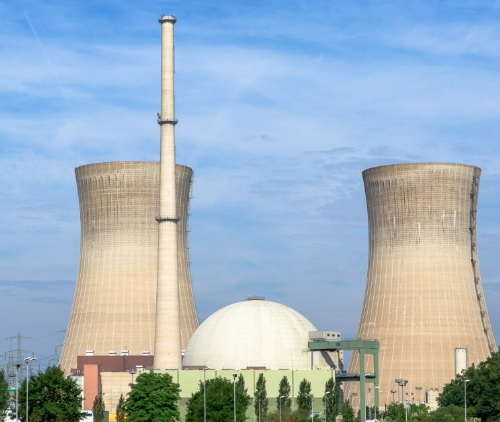 Just like with most things in Nigeria, today, energy requirements far exceeds the current production levels – and will do so for many years to come. Existing power generating plants are old, underutilized, with most falling into disrepair and unable to cope with the present demands.

Looking to fill the gaps in energy production the government is firmly looking towards nuclear energy as a long term solution. Recently a memorandum of understanding was signed with Russia to design, construct and run four nuclear power plants by 2035. There is even hope the first generator, generating 1,200 MW of electricity, will be up and running by 2025.

The President pushed for Nigeria’s nuclear energy development for her energy needs at the recently concluded Nuclear Security Summit in Washington DC and the Minister for Works, Power and Housing, Mr Babatunde Fashola, has said that ‘if all things go well, by the quarter four of next year (2017) – that is the schedule that I have met – we should have started construction’.

Currently the only country in Africa using nuclear energy for electricity production is South Africa. The Koeberg nuclear power station has two plants producing 1,830 MW – more than all of Nigeria’s hydroelectric plants put together.

A nuclear power plant is not cheap. The cheapest that would meet Nigeria’s energy requirements would cost anything in the region of 10 to 15 billion dollars and would take up to 8 years to build. This is to say that if one government commissions it subsequent governments must agree to continue with it instead of letting it rot like many other capital projects.

Nuclear science is the Holy Grail of engineering – a very pampered science. In erecting a nuclear power plant no corners can be cut and no expense can be spared.(-so no kickbacks from using inferior materials!) Failure to maintain, to very high standards, the maintenance of a nuclear plant can result in catastrophic disasters as we’ve seen in the American Three Mile Island, Fukushima in Japan and Russian Chernobyl disasters. Radiation from a damaged nuclear reactor can linger on for very many years killing thousands of people over a large scale area.

To run a nuclear power station you need an elite team of nuclear engineers, highly educated with years of experience, of which Nigeria currently has none. The current number of Nigerian nuclear engineers stands at less than five hundred with most of them in academic positions.

Under the auspices of the Ahmadu Bello University a Chinese-made nuclear reactor has been operating since 2004 giving Nigerian scientists a glimpse into the workings of nuclear energy production. A number of Nigerian universities offer courses in nuclear physics but there is still not enough qualified man power – even though the government has awarded scholarships for the course to be studied abroad. You need professionals with years of experience to run a nuclear power station not just some kid who has had just a few years of study in a university.

There will be pros and cons for using nuclear energy to generate electricity.

Nuclear energy is clean and cheap. One nuclear power station can produce more power than all of Nigeria’s current twenty-four hydroelectric plants. But at the same time it comes with its own inherent dangers – radiation leakage can kill thousands. Also there can be the problem of decommissioning after the plants’ useful working life with all the radioactive and hazardous materials involved.

Fossil fuel and hydro-electric plants have their limitations.

Gas or fuel power plants aren’t good for the environment and contribute largely to carbon dioxide build up in the atmosphere, leading to further global warming. They are also not cost-effective.

Hydro- powered plants, which has been Nigeria’s primary power production source for over 50 years has its limitations – it’s dependent on nature – you need it to rain to fill the rivers, to fill the dams. In periods of adverse weather conditions, such as droughts, this can be detrimental to energy production.

Exotic renewable energy sources such as wind and solar energy are still too expensive to roll out on a national scale.

So if the future of energy production in Nigeria is to be nuclear all the necessary stringent procedures need to be put in place – adequate funding and commitment, the necessary infrastructure, a high level of maintenance and security – you can’t have a bunch of militants tampering or blowing up installations- and firm government commitment.

Unpaid Salaries Of Workers & Pensioners: Where Is Nigeria Heading To In The 21st Century?
Opinion: How Greedy MMM Nigeria Money Gamblers, Mavrodians Crashed The System