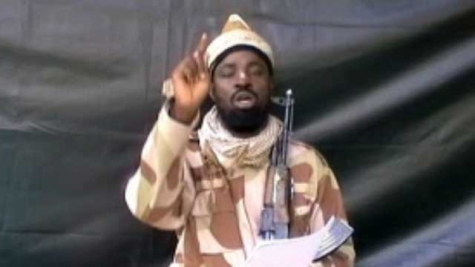 The Boko Haram sect has denied entering into any ceasefire agreement with the Federal Government.

The group stated this in a new video by its leader, Abubakar Shekau. The video is available to AP and quoted by Huffington Post.

“We will not enter into any agreement with non-believers or the Nigerian government,” Mr. Shekau was quoted as saying in Hausa language.

Mr. Shekau’s statement contradicts that of the federal government.

The Minister of Special Duties and chairman of the presidential task force negotiating with the group, Kabiru Turaki, had said the group had agreed to a ceasefire with his committee. He said the ceasefire would soon be signed publicly with the group.

Mr. Turaki had, however, said his committee did not meet nor negotiate with Mr. Shekau directly, but negotiated with his deputy.

Mr. Shekau also said in the video that his group was not responsible for killing of school children in Borno and Yobe States.

The sect leader’s claim tallies with that announced by Mr. Turaki, who said the sect told his committee that they were not responsible for the attack on a government secondary school in Mamudo. About 28 students and a teacher were killed when gunmen attacked the school, weeks after similar attacks in other parts of Yobe and Borno. Most of the Mamudo students were burnt alive, witnesses had said.

Mr. Shekau, however, said he supported the attacks on the schools and his sect would “burn down the schools, if they are not Islamic religious schools for Allah.”

Attacks by Boko Haram and gunmen have continued- although to a lesser degree, according to residents- in Borno and Yobe despite the declaration of a State of Emergency in the states by President Goodluck Jonathan almost two months ago.