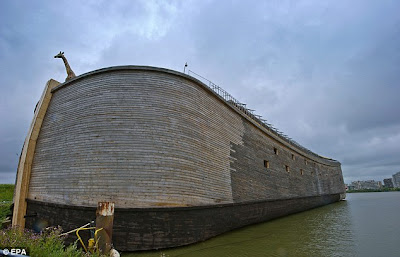 Noah’s Ark Replica built by Johan Huibers was built in accordance to a biblical blueprint.

According to Johan Huibers who spent 3 years and over £1.03million to construct the ark, the ark is set to be sailed up the Thames for the Olympics.

The Noah’s Ark Replica which  features true biblical proportions was inspired by a dream Johan Huibers had 20 years ago. 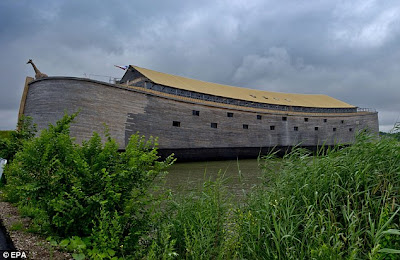 In the dream he saw part of his native Netherlands submerged in a flood like the one featured in the Book of Genesis.

The narrative of the ark, in which God commands Noah to prepare for a great flood sent to purge the world of evil, specifies that the boat was 300 cubits long, 50 cubits wide and 30 cubits high.

Mr Huibers converted this ancient unit of measurement, which is based on the length of the forearm, to determine that his recreation had to be about 450ft long.

This puts the boat, which opens to the public on Monday and is nicknamed ‘Johan’s Ark’, at more than half the length of the Titanic. 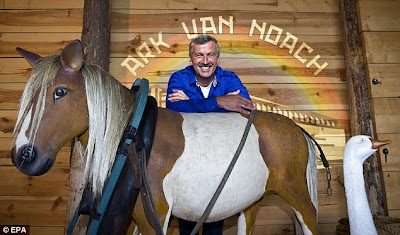 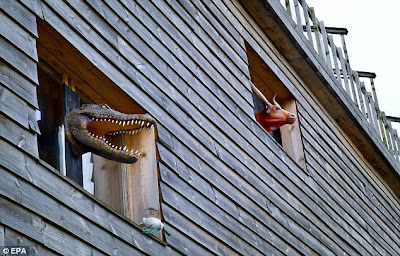 This is beautiful! What a dedication.