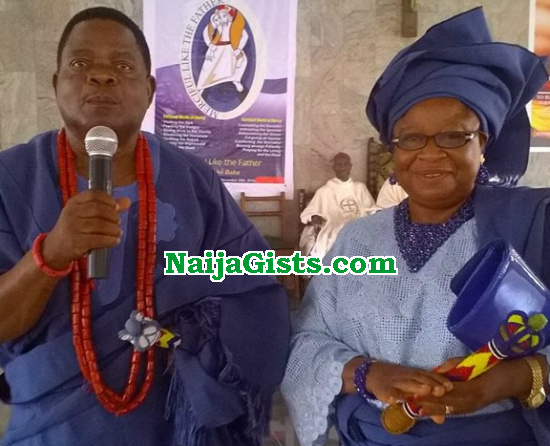 What were your memorable moments as an actor?

In those days when we were performing in the popular Yoruba travelling theatre, I enjoyed the popularity. Wherever I went to at that time, they hailed me, they called me my stage name and I felt so happy. Later, when I came to the University of Ife theatre, I also enjoyed some kind of popularity before it was changed to Awo Varsity Theatre; we performed all over the place, and it made me very popular. There are so many places I will get to now, they will easily recognize me as an actor and they accord me the respect.

You have acted in more than 100 films, which of them was most challenging?

In 1995, when we were to put Koseegbe on video for Mainframe, because Koseegbe was a play that we have performed on stage, when Professor Akinwunmi Ishola wrote it at the University of ife , we had it on stage. But in 1995, Mainframe decided to put it on video. And the role I played when we had it on stage was different from the role Mainframe wanted me to play.

I played Arowolo when we had it on stage. All of a sudden they said I should play Mako, which was quite different from the role I played before, so I took up the challenge. It was the film that gave me the Actor of the Year award.

What was your experience like being in the same classroom with your son, his mates and grandchildren as an undergraduate?

And we even performed on stage in the same play. He will play roles and I will play my own on the same productions and I did not see anything extraordinary about it.

You are a lecturer and an actor; you also hold chieftaincy title, how do you pay attention to all of these?

I was Head of Department, Theatre Art, Redeemer’s University, for more than four years. Now I am at Ekiti State University as an Associate Professor. So it is all within my art. I call acting, directing and teaching as my art, because I have not gone out of my way to do any other thing.

Whether I act or teach acting, whether I direct a play or I teach directing, to me, they are all the same. I enjoyed doing both and I create time for both.

As a theatre practitioner, you don’t have hobby, you cannot afford to have any hobby because it is a full time job. It takes all your time; it takes all your faculties, even when you are sleeping you are dreaming about it, so you can’t afford to have hobbies. I only have my car to relax with my family during Christmas that is why I don’t accept to go on location during Christmas and New Year. That is the only time I have to be with my family and rejoiced with them.

You have worked and participated in the plays of Professor Wole Soyinka and the late Professor Ola Rotimi, which among the characters the plays are true reflections of Kola Oyewo?

There is no character that can be a reflection of the actor that plays the role. As an actor, you have to abandon your personality and play the character you are supposed to play and put on the personality of the character you are playing; that is when you are an actor. I played Odewale in Ola Rotimi’s ‘The Gods are not to blame’, from 1974 to the year 2000 when the man died. I did not become Odewale and I was still myself.

And in Soyinka’s plays, ‘Opera Wonyosi’, ‘Death and the Kings Horseman’, I played my role. I still retained my personality.

Sir, the late Professor Chinua Achebe used to call Pete Edochie , “my Okonkwo” in the novel, Things Fall Apart, when it was adapted on stage. If you had to play the role Odewale for 26 years , does it not make you a typecast of Odewale?

You are not correct, because Odewale gets angry like a mad man; you can’t see Kola Oyewo getting angry like that. Odewale gets angry irrationally; Kola Oyewo cannot get angry like that and still be the husband of his wife and the father of her children. They would have ran away from him. It was the company in the University of Ife theatre, I was playing the role of Odewale, until Prof. Rotimi left Ife, and I was still playing it. Whenever we wanted to revive that production, each director still wanted me to play it and when Rotimi came back, I started playing it until he died.

You clocked 70 in March, any regret in life?

No, I wish I could live my life again, because I enjoyed every bit of my life; no regret at all.

African man by nature is said to be promiscuous, as a popular actor; can we say you are one?

And when Hubert Ogunde started the professional theatre, he needed women to act for him and the moment he employs a spinster, the moment that one gets married, the husband will take her away, that was how he started getting married to the women performing with him and the people who followed him emulated him and did the same. It is not a matter of promiscuity; it is the necessity that compelled them to marry a lot of women.

But for me I have one wife Benedicta.

We met like any other man and woman will meet each other. And we got married had children.

Who were your role models at the early stage in life?

Why I joined Oyin Adejobi Theatre group in 1964, Chief Lere Paimo, who was manager of the theatre group then was my role model. I loved the way he acted, the way he sang, I tried to emulate him. When I came to the University of Ife theatre in 1973, Uncle Jimi Solanke was there for me to look up to. So at different stages of developing my talent in theatre, I had different people to look up to.

You started as an actor and now you are a lecturer, was it an afterthought?

I wouldn’t call it as an afterthought, because I started living in an academic ambience and I saw that it was necessary for me to improve on my status, that if I had the opportunity, why don’t I acquire knowledge and become a teacher not just remained as an actor forever. Because I started working in the University environment since 1973, so I saw the opportunity and I grabbed it. And I was encouraged by a lot of people including my wife, my then, head of the department, Dr. Akomolafe encouraged me to change to academic after my first degree.

Professor Femi Osofisan also encouraged me, even those who are younger than I am encouraged and mentored me to get into the status that I am now as an Associate Professor of Theatre Art.

What advice would you give to the young ones who are coming behind?

A lot of people think that they can jump up one day and say that they are actors; I believe that there is a talent, but they just have to acquire some knowledge, so that that talent that you have, you will nurture it to maturity.

So it is not enough to be talented; it is equally important to acquire knowledge in whatever you are doing, so I advised that the young ones who want to be artiste, once they discovered they have the talent, they must also try to acquire knowledge to learn the techniques, the mechanisms of the profession.

CAN Meets Buhari Over Abduction, Conversion & Forced Marriages Of Underage Christian Girls By Emirs
Why The Kardashians Only Date Black Guys – Khloe
Advertisement