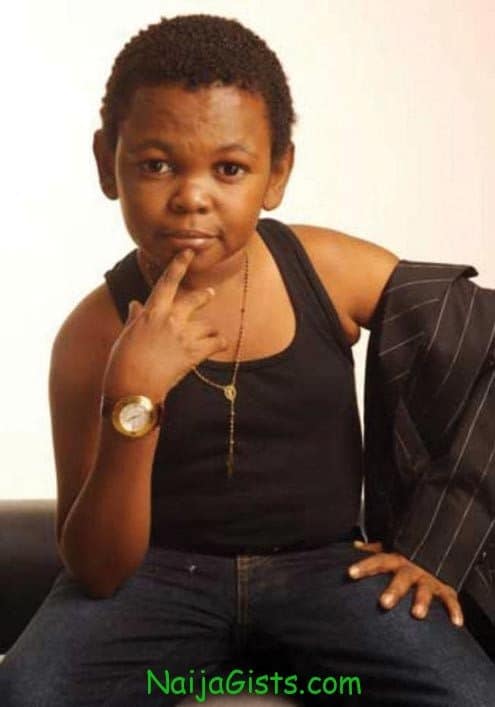 Shortly after the traditional wedding ceremony of Nollywood actor  Chinedu Ikedieze alias which took place 2 weeks back in Mbano, Imo State, pint-sized actor,, otherwise known as Aki has finally walked down the aisle with his heartthrob, Nneoma Hope Nwajah at the Redeemed Christian Church of God, Abundant Grace Parish over the weekend.

The wedding, which was attended by the crème-de-la-crème in the society, has been dubbed one of the best celebrity weddings of the out-going year, and according to Chinedu who had been dating Nneoma for about two years, “I felt so honoured.”

Ironically, the development has put Aki’s bosom colleague, Osita Iheme a.k.a. Pawpaw under some pressure of sorts to get married.

Osita was not just Chinedu’s Best Man at the wedding, which reception was held at Alexander Road, Ikoyi, Lagos, he also played a vital role in making the event a success.

But a source close to him claimed that: “Ever since Chinedu told him of his marriage plans, he has somehow been under pressure to get married too. Since he and Chinedu do most things in common, all eyes are now on him now to settle down. Even his people have called his attention to that.”

The source added that: “He was also advised to limit his excessive social lifestyle in order to remain more focused. But hopefully, he will get married soon as well, because I recently heard him saying that he will take one of his girlfriends serious now.” naijagists.com

Meanwhile, Chinedu’s marriage which was dubbed ‘A celebration of true and undying love’ was attended by the likes of Richard Mofe-Damijo, Segun Arinze, Monalisa Chinda, Uche Jombo, Rita Dominic and Kate Henshaw, while Ifeanyi Uba was the Chairman.

Nneoma is quite taller than Chinedu, but the actor insisted that is actually one of the features of his dream woman.

“I’m extremely happy about this. It is indeed the Lord’s doing. I’m more happy because God gave me a woman of my dreams. She is beautiful, God-fearing and understands me very well. Our relationship has been on for sometime now and I know that she really loves me. I love her too,” Aki gushed.

Former National Public Relations Officer of AGN, Yakub Abubakar said “I wish them a blissful marital life. Chinedu is a cool headed and loving man and pray God will bless the marriage.”

Chinedu Ikedieze, MFR (born 12 December 1977 in Bende, Abia State, Nigeria) is a Nigerian actor. He is best known for playing alongside Osita Iheme in most movies after their breakthrough in the movie Aki Na Ukwa.

In 2007 Ikedieze received the Lifetime Achievement Award at the African Movie Academy Awards and he has starred in over a 100 flicks(pm news).