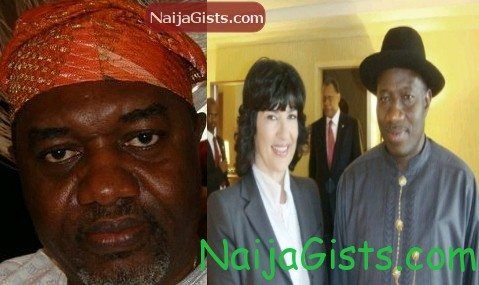 Ralph Nwadike took to his Facebook page on Thursday to express his displeasure of the interview.

A lot of people have joined issues on the above CNN’s respected journalist interview, but the fact remains that power has indeed improved.

Before now, l was used to buying 25liters of petrol every other day for my two generators at home. The last time l did buy a 25 liter jerry can was over a month ago, and l still have about 10 liters or so remaining.

From my part of Lagos, Surulere, power has truly improved, and it is going round. The rot that has caused Nigerians Billion of Dollars surely must take time to improve. The question is whose interest is Amanpour serving, when she did the embarrassing interview on My President?

I personally felt insulted by that interview, and the rag-tag investigative journalism she put together. It wasn’t a balanced interview , and it is to say the list with a bad intention.

And rather than to tier ourselves on the Face Book page, we should see it as a collective slap on our faces. Do you guys think a Nigerian journalist can take on President Obama the way she did my President, and get away with it? It’s about time we see the goodness in what our leaders are doing, and see Nigeria as our collective responsibilities.

If someone is doing well, tell him well done, so he can be strengthened to do more, but for goodness sake when you insult my President, and the commander in chief of the Nigerian Armed forces, and by the grace of God the Leader of over 160 Million Nigerians, you are taking on something far bigger than what the strength of CNN can take.

Simply put, POWER HAS INDEED IMPROVED IN MY PART OF LAGOS(Surulere), and Amanpour can take a flight down and find out herself, and correct the ugly interview.