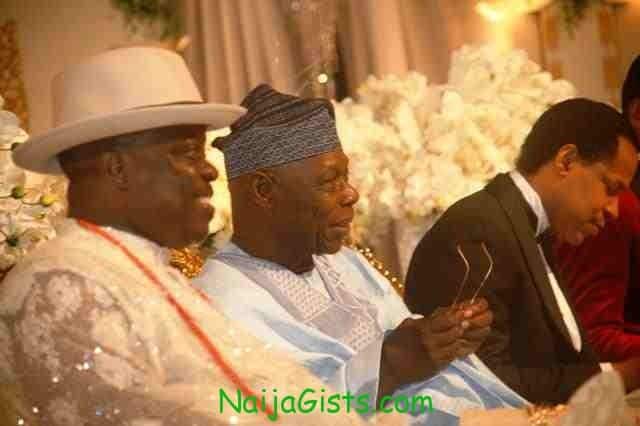 On Thurday December 8, 2011, Pastor Chris Oyakhilome celebrates his 50th Birthday anniversary with Ex-President Olusegun  Obasanjo, Gov. Uduaghan & Others at the Birthday bash which took place at the church auditorium in Lagos.

Here is a mini biography of Pastor Chris Oyakhilome

While there are controversies surrounding Pastor Chris Oyakhilome‘s Date of birth. Naijagists.com can confirms authoritatively that the man of God who turns 50 on Dec 7, 2011 was born on Dec 7, 1961 in Edo state, Nigeria.

Pastor Chris Oyakhilome was born into the family of T.E. Oyakhilome and was brought up in a strict Christian home, he got born again at the age of 9 and started his ministry fully as a young undergraduate at the then Bendel State University (now “Ambrose Alli University”)[citation needed] where he studied Architecture.
He is married to Pastor Anita Oyakhilome, the Director of the Christ Embassy International Office who also pastors Christ Embassy Churches in the United Kingdom, including her own chapter, Christ Embassy Docklands, in North Woolwich, London. She is the Co- Director of Loveworld Christian Network. naijagists.com 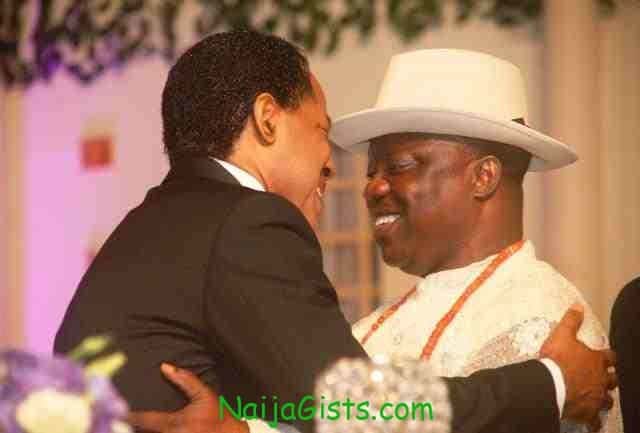 We wish him many happy returns. naijagists.com