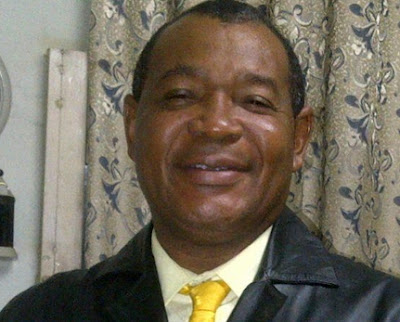 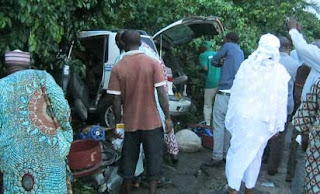 An Egba High Chief and Senior Lecturer at Ogun  State-owned Olabisi Onabanjo University, Ago Iwoye, Dr. Gbenga Dalley and two other persons lost their lives in a multiple road crash, Wednesday evening,  along the Abeokuta/Sagamu road.

Six passengers were also said to have been rushed to the state hospital following the various degrees of injury they sustained in the  accident.

Vanguard gathered that the incident occurred about 30 kilometres to Abeokuta, near Onipepeye village at about 6.25p.m and involved  three vehicles—a Toyota Camry  car with number plate LAGOS AAA 181 AA in which the late  Akinfimogboye of Egbaland, drove.

It was further gathered that one of the vehicles involved in the accident skidded off the road after the driver lost control on his way to Lagos and crossed the culvert, facing another oncoming vehicle.

Further findings showed that the Egba chief, who was returning from the university, on getting to the scene attempted to avoid a head-on collision  but an  articulated truck crushed his car from behind.

The development was said to have led to the instant death of Dally and two others whose cars had part of  their  roofs  smashed.

Alao added that the remains of the victims had been deposited at Ijaye General Hospital, Abeokuta, adding that six persons who sustained various degrees of injury were also receiving treatment at the hospital.

She appealed to motorists to exercise patience and apply what she described as “common sense speed limit” while on the highway.

Among the first prominent callers at the scene included the state Police Command Public Relations Officer, Muyiwa Adejobi; the state Commissioner for Commerce, Mr. Bimbo  Ashiru and Adviser to the Governor on Political Matters, Mr. Adesanya .

At the school owned by the late  don, along the Abeokuta/Sagamu road, staff and students wept uncontrollably as the news  of his death was broken, yesterday.