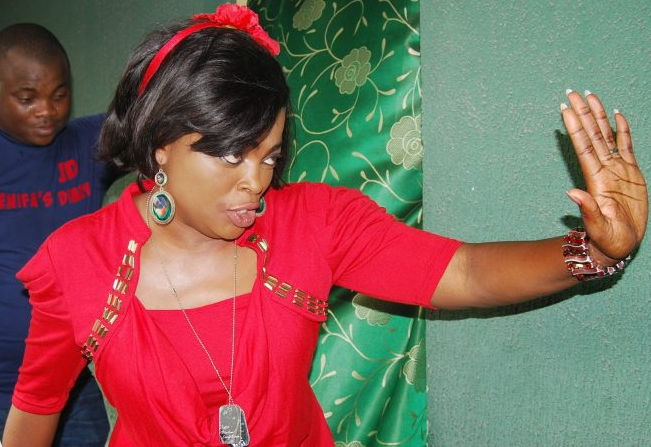 Just days after Kemi Afolabi lost her pregnancy in Ikorodu Lagos, unrepentant Omo Oni Gang members have attacked Nollywood actress Funke Akindele and her crew on the set of an upcoming movie in Awoyawa area of Ibeju Lekki Lagos.

Just like Omoni Oboli did few weeks ago, Funke Akindele took to the social yesterday to express frustration.

The notorious Omoni Onile Boys are known for occasionally disrupting filming until movie makers settled them.

Kunle Afolayan once suggested how the jobless boys could be put to good use.