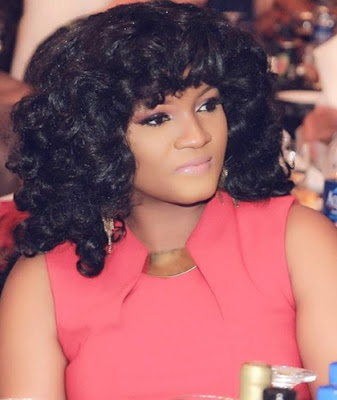 November 30, 2016 – Omotola Jalade Warns Against Inter Religious Marriages “Christians Who Marry Unbelievers Are On Their Own”

Nigerian actress Omotola Jalade-Ekeinde who was one of the speakers at the Innovation Warehouse, a mentorship programme for aspiring filmmakers and actors during the just concluded Africa International Film Festival in Lagos, has given an insight into what makes an marriage to work.

The mother of four was advising young aspiring female actors and filmmakers who seek stardom, but are worried they might end up not finding the right man once they get into limelight.

Omosexy, as she’s fondly called, dished out free counseling when a lady asked why fame usually come the way of celebrity marriages.

“It’s better to be an enemy to a work partner than to your family,” said Omotola.

Speaking further, she stated that for a marriage to work in the entertainment industry, partners must be of the same faith. “They must believe in you. If you’re a Christian and you marry someone who is not born again then you are on your own.

“Your partner needs to be stronger than you. They are the ones getting the aftermath of your own action.
“Choose a partner who understands entertainment. Don’t choose your fan. Personally, I don’t believe in love at first sight.

“Discipline is key. Everyone wants freedom but too much freedom is bad. Be disciplined. It’s better to be an enemy to a work partner than to your family. Learn to say No!

“We are like nurses and doctors in the industry because we can be called upon at anytime”.

She also advised against giving in to advances to get movie roles. “Sometimes you will get a role for giving yourself out but you won’t be able to retain it. If you become famous it will later hunt you. But don’t run away from your sexuality, don’t shy away from who you are, enjoy who you are, come on there but come out with substance.

Omotola got married to a pilot, Captain Matthew Ekeinde in 1996; they are both blessed with four kids.