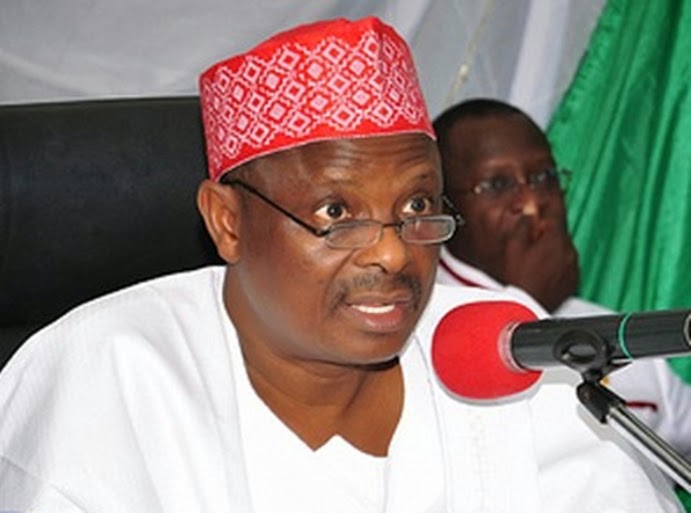 Kano State Governor Rabiu Kwankwaso yesterday swelled the rank of aspirants for the 2015 presidential election in the country stating that the country’s current predicaments needed someone with the resolution to change the tide.

He also declared that the All Progressives Party, APC, under which he is seeking election, is the only party that has what it takes to stop what he called the misrule of the Peoples Democratic Party, PDP, and to “reverse the stinking rot and decay that is suffocating our country.”

With his entrance into the race, he becomes the third aspirant of his party as Muhammadu Buhari and former Vice President Atiku Abubakar are also in the race. The PDP on the other hand, has endorsed incumbent President Goodluck Jonathan ahead of the election that is already causing anxiety among citizens of the country.

“We have a huge burden of responsibility to mobilize Nigerians to come out en-masse come February 2015 to sack the PDP out of power and save our dear country. Yes we must!” He said in Abuja before a crowd of loyalists, maintaining that his party is the only one in the country with internal democracy and equal right for members.

According to Kwankwaso, “the immense sacrifice made by this large throng of Nigerians to come to Abuja, in spite of the scandalous conditions of our highways; in spite of the biting insecurity all over the country as manifested in insurgency, armed robbery, kidnapping, and ethno-religious unrest; in spite of the very high risk of, and persistent disappointments in our local aviation industry; and in spite of the general mood of unease deliberately created and being fuelled by the incompetent PDP-led administration, is a testimony to what I have always believed about this country – change, positive change, is possible. Change, progressive change, is doable. And we are the agents of this Change. We are the Change! We should not only make it possible, we must make it achievable. Yes, we must.

“Our party is the only party that is built with Nigeria and Nigerians in focus. This is expressed succinctly in the Ten Commitments of the APC and also encapsulated concisely in the Mission Statement of our Party.

“We are the only party that practice internal democracy that believes in equal rights that value our cultural diversities that respect our religious varieties that abides by the rule of law, and that believe in free and fair election as the only lifeline for sustaining democratic legitimacy. Mr Chairman, we have a huge burden of responsibility to mobilize Nigerians to come out en-masse come February 2015 to sack the PDP out of power and save our dear country. Yes we must!

“Distinguished Compatriots, my crave to serve and save our country drove me, twenty four years ago, to resign from the Kano State Civil Service as Principal Engineer in 1991 to join partisan politics and contested election as a member of the House of Representatives, where I was also elected as Deputy Speaker. The detailed workings of our legislative assembly, the intricacies, complexities and delicate politicking in our legislative chambers are experiences that I lived.

“Mr. Chairman and fellow APC members, the call to save our dear Country has never been louder, clearer and more unambiguous than now. Every facet of our national life is deteriorating: governance has been reduced to mediocrity; incompetence and impunity. I have no doubt in my mind that this journey is difficult and arduous. I have no illusion about the enormity of the challenges. But to save our country, we must walk the journey, however difficult. And we must confront and defeat all the challenges, however monstrous. Yes, we must!

“The first priority of this country at this moment is restoring peace and security in every corner of the land. Lives and properties of our citizens must be protected and secured. Boko Haram and all forms of insurgency must be defeated. As a government, we cannot afford to live in denial. Insecurity is escalating at an alarming rate. Little wonder rag-tag insurgents are taking over cities and towns in the Northeast.

Continue Reading
You may also like...
Related Topics:2015, apc, nigeria