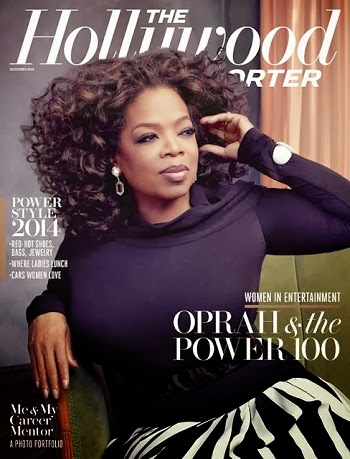 In this recent interview with Hollywood Reporter, the 59-year-old media mogul talked at length on why she chose to remain childless and how her busy lifestyle has hindered her from having her own kids.

Oprah Winfrey also denied reports that she had a nervous breakdown in 2012 and many other issues.

“If I had kids, my kids would hate me,” she told the paper, “They would have ended up on the equivalent of the Oprah Show talking about me; because something [in my life] would have had to suffer and it would’ve probably been them.”

“I was day dreaming about how I could be Martin Luther King’ hence kids were out of the picture. “I never had a nervous breakdown,” she explained, “I thought that was such sensational exploitation.”

“When you’re the most successful person in your family, in your neighborhood and in your town, everybody thinks you’re the First National Bank,’ she says, “And you have to figure out for yourself where those boundaries are.

“I got to the point where nobody ever asked me for anything less than $5,000. I felt pressured for a long time to say yes, because I thought, “I can’t lie and say I don’t have it.

“My salary is printed in the paper,”‘ I’ve bought more houses and cars than I can even tell you.”

After 21 years of dating, Oprah Winfrey is still engaged to her 62-year-old boyfriend, Stedman Graham.