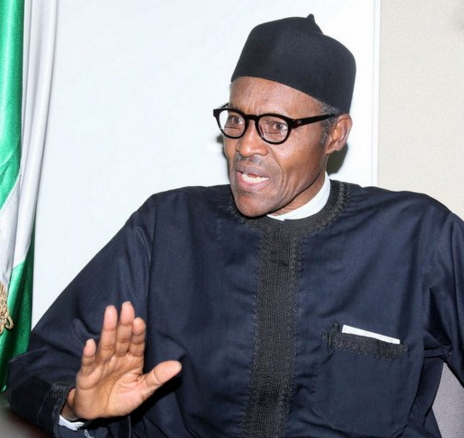 President Buhari has condemned Friday’s terror attacks on Paris, the capital of France as the number of causalities in the incidents rose to 128. He also commiserated with France and the families of the victims.

The Federal Government immediately placed all airports across the land on red alert on Saturday.

President Buhari on Saturday said he received with great shock and profound sadness, news of the terrorist attacks on innocent civilians in Paris.

In a statement by his Special Adviser on Media and Publicity, Mr. Femi Adesina, the President conveyed the sympathy of the government and people of Nigeria to President Francois Hollande and the people France.

Buhari also extended condolences to the families, relatives and friends of the victims of the attacks.

He urged all peace-loving nations to intensify ongoing multilateral cooperation aimed at bringing terrorism to an end for the benefit of all.

The statement read in part, “President Buhari totally condemns the barbaric attacks which constitute an unacceptable affront to all human values and civilized norms.

“As a country which has borne the terrible human cost of terrorist attacks, Nigeria stands in full solidarity with the government and people of France as they mourn those who have sadly lost their lives in the attack on Paris.

“President Buhari calls on all peace-loving nations of the world to intensify ongoing multilateral cooperation and collaborative actions aimed at bringing the scourge of international terrorism to a speedy end for the benefit of all nations.”

Paris Public Prosecutor, Francois Molins, soon after the attacks, said five of the assailants had been killed.

Hollande, who described the incident as an act of war, said the violence was organised from abroad by the Islamic State with internal help.

“Faced with war, the country must take appropriate action,” he said, without saying what that meant.

The attacks were “an act of war that was prepared, organised and planned from outside (of France)” with help from inside France, Hollande said.

Meanwhile, ISIS has claimed responsibility for the Friday night’s attacks that killed 128 people in Paris, France.

The terror group, on Saturday, said it sent militants strapped with suicide bombing belts and carrying machine guns to various locations in the heart of the capital.

ISIS, in a statement, said the attacks were designed to show the country would remain in danger as long as it continued its current policies.

It said, “To teach France, and all nations following its path, that they will remain at the top of Islamic State’s list of targets, and that the smell of death won’t leave their noses as long as they partake in their crusader campaign.”

Earlier on Saturday, ISIS redistributed a video that first appeared on the Internet a year ago, threatening to attack France if bombings of its fighters continued.

ISIS also mentioned Nigeria in one of the French attack tweets.

The message read, “When you deploy forces in order to control the city Saladin and dreaming of Mosul, Sinjar, Haul, Tikrit or Huwaijah or dreaming Mayadin or Jarablus or Karmah or Tel Abyad or Al Quaim or Darnah or dream to reclaim wilderness in the interior Nigeria or masters ‘Asy’asy Sinai desert sand, then surely we just want Rome and Paris Insyaallah before Andalusia.”

Meanwhile, Nigeria has been rated the country most worried about the rise of ISIS, according to a chart compiled by Statista, an online statistic portal.

The data shows the countries most worried about the rise of the terror group, whose British militant member Jihadi John was targeted by a US air strike.

While 85 per cent of those polled in Nigeria said they were very concerned about ISIS, only a quarter said they felt the same in Indonesia.

Security officials at airports across Nigeria have been placed on high alert following the deadly attack carried out by suspected militants loyal to the Islamic State of Iraq and Syria on Friday in Paris, France.

Although security officials at airports had been on guard to combat terror, it was learnt that the country’s major airports received some reinforcement on Saturday as more armed operatives were sighted.

It was also gathered that the armed officers were drafted to airports to also help beef up security at the facilities.

The spokesperson of the Federal Airports Authority of Nigeria, Mr. Yakubu Dati, confirmed to one of our correspondents that the security presence at the airports was to counter terror attacks.

“Security at airports has been high since the rise of insurgency in the country, but any increase in the presence of officers cannot be far from the terror happenings within and outside Nigeria,” he said.

Dati noted that the alertness of aviation security officers led to the arrest of a Boko Haram suspect at the Nnamdi Azikiwe Airport, Abuja recently.

According to him, airport officials were also on high alert, adding that “the fight against terror is a collective fight. So there is need for high security consciousness, not just at the airports.”