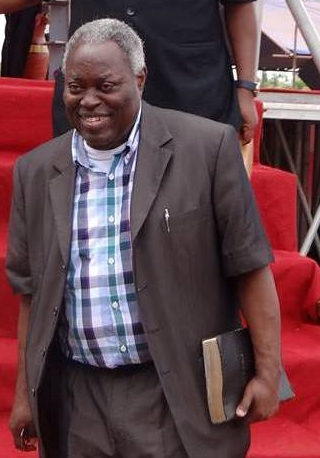 Kumuyi gave the advice during a media conference on the forthcoming Deeper Life Abuja mega crusade tagged ‘A Day of Supernatural Wonders’, scheduled to hold on September 30, 2016 at the National Stadium, Abuja.

The clergy also advised the Federal Government not to be in a hurry to sell the nation’s national asset over the recession.

He said shortly after his arrival at the Nnamdi Azikiwe International Airport (NAIA) said that the country was not the first to experience economic recession in the world and would soon be out of it as government and stakeholders were brainstorming to proffer solution.

“We all know that we are passing through a tunnel but by the Grace of God, we’re going to get to the light at the end of the tunnel, and very soon the Lord is going to give us a turn around and there is going to be a change in our nation.

“Other countries also have gone through and come out of recession, and Nigeria is not the first. We strongly believe that God will bring us out as the government and other stakeholders are working on solutions.”

Speaking on planned sales of the nation’s assets to revive the economy, he advised that the federal government to consider all suggestions and make a concrete decision over the current situation.

However, he urged the government to remain patient on the sale of the assets as it would not be the best decision to solve the problem. He added that God would intervene and bring the nation out of it.