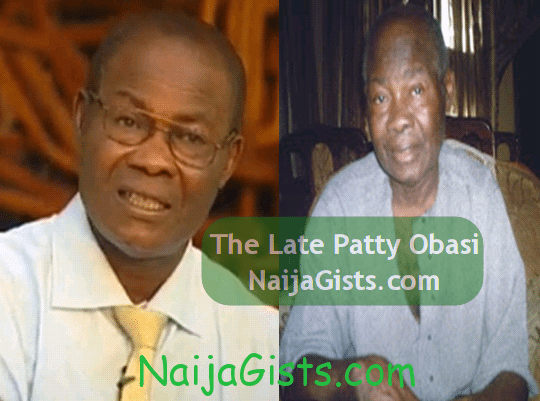 According to doctors, before his death, the singer suffered failure on his two kidneys.

Patty Obasi died in the early hours of Friday at his home in Enugu after he slipped into coma.

The ailment that struck him after the launch of his popular album Nwa Mammy Water eventually led to his death.