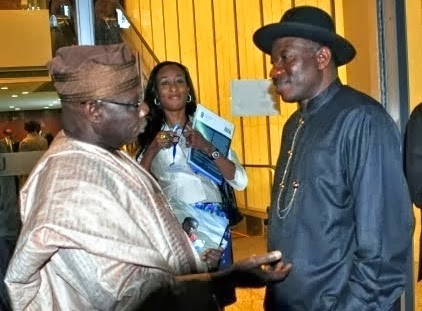 Obasanjo Believes A Northerner Should Be Nigeria’s Next President, Jonathan Breaks 2011 Agreement With Him

Ex-President Obasanjo had a lengthy discussion with Journalists yesterday in Abeokuta Ogun State over his stand with People Democratic Party and his disagreement with alleged criminal, Buruji Kashamu’s membership in the ruling party.

Obasanjo who claimed PDP should have disallowed Buruji’s membership also blasts Jonathan for running for reelection.

He said his agreement with Jonathan in 2011 was that a Northerner should be allowed to contest in 2015.

“Today, Nigeria needs all hands on deck to deal with our pressing problems of security including the issue of Chibok girls, widening inequality, infrastructure, impunity, corruption, poverty and youth education, skill-acquisition, empowerment and employment.

“These are issues of concern to most Nigerians. We all need to join hands to move Nigeria forward. I don’t need to be begged for that.”

“Talking of inviting me back to PDP is wrong and it is a great misrepresentation as I have never left PDP and I will never leave PDP.”

“I have said it before and I will say it again, I rose to become the President of Nigeria on the platform of PDP and for that reason alone, I will remain a card-carrying and ward-active member of PDP for as long as I have to be a political party member.”

“Nobody has personally offended me as a result of my membership of PDP. If, however, anybody or group feels offended by my continued membership, I will offer an unreserved apology but continue to remain in the party.

“I have had occasions to say to the President, the Senate President and the Party Chairman separately that I have no quarrel with any individual or group in the Party.”

My refusal to play an active role in the PDP, is an issue of principle and morality.

“For instance, as a former President of Nigeria, the Chairman of West Africa Commission on Drug and a member of Global Commission on Drug, I cannot accept that the Zonal leader of my political Party and, worse still in my zone, will be an indicted drug baron wanted in America. How do I explain that to friends outside Nigeria?” he said in reference to Buruji Kashamu, a PDP South West leader and ally of President Goodluck Jonathan.

“This is only one of the many issues that I have pointed and still pointing out,” he said.

He promises to remain active in PDP ONLY at ward level.

In a letter published earlier by Premium Times, Obasanjo had said by deciding to seek re-election, Mr. Jonathan was going against all the agreements they had in 2011 when Mr. Obasanjo was the president’s chief campaigner across the country. 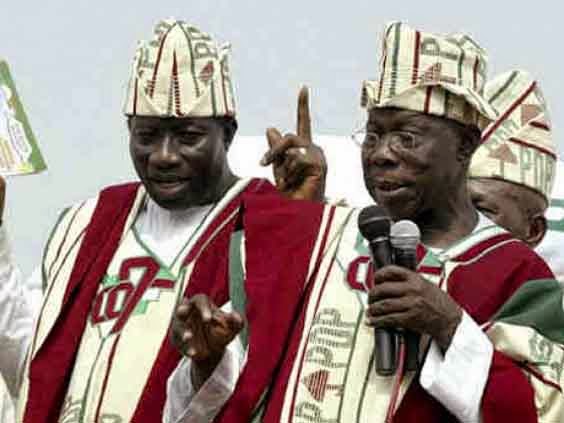 The ex-president believes by his agreement with Jonathan back in 2011, the Presidential ticket for 2015 should go to a northerner.