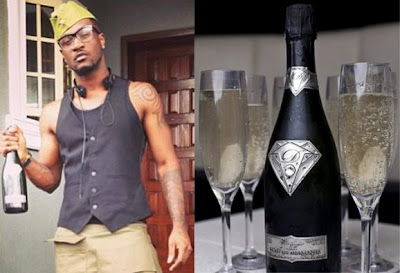 The wine named Taste of Diamonds that costs a whopping 1.2m pounds, an equivalent of 300 million naira has been a source of controversy among Nigerians at home and abroad.

Check out his tweets below

@PeterPsquare as promised!!! let them know what @goutdediamants taste of luxury taste like. 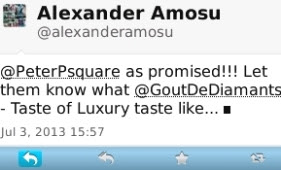 @alexanderamosu finally sent me a bottle…. Thanks so much bro 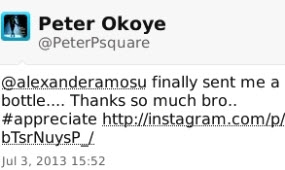 So what is Amosu trying to prove to the world?