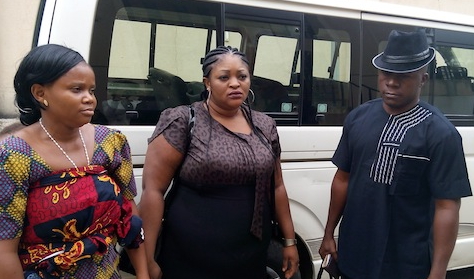 They trio were caught after the son of the deceased petitioned EFCC after all his efforts to collect his father’s terminal benefits failed.

Udemba Emmanuel told EFCC the suspects opened 3 accounts in the name of his deceased father and diverted his terminal benefits to the tune of N3, 766, 160.00 there.

Francisca, a Nursing mother was released on bail while Patience and Kingsley were remanded at Kuje and Suleja prisons respectively.

12 thoughts on “Photo: 3 Arrested By EFCC For Stealing Benefits Of Late NITEL/MTEL Employee”