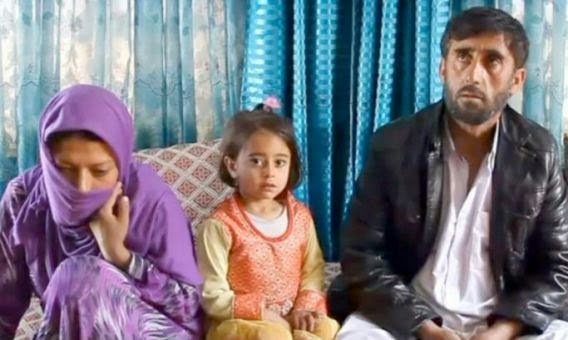 The woman pictured above was raped in 2008 by her cousin’s hubby named Asadullah.

The victim identified as Gulnaz was then forced to marry her rapist who defiled her at age 16.

According to the law of the land, Gulnaz will either accept to marry her rapist or face 12 years imprisonment and for the sake of her daughter, she chose to marry the married man who is now the father of her daughter.

She has been rejected by her family for refusing the 12-year jail term for ‘adultery by force’.

This is gross injustice!!! Where are the human right activists to defend her??