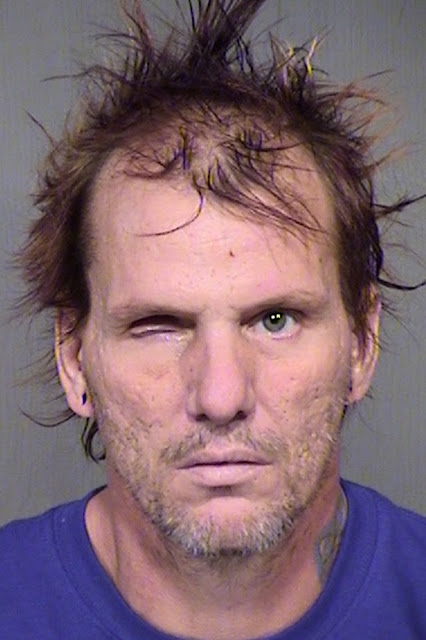 A court in Arizona said on Tuesday that a man who admitted to decapitating his wife and her two dogs in a bloody incident in Phoenix said he was attempting to “get the evil out of her”.

The prosecutor said Kenneth-Dale Wakefield, 43, also said he had smoked marijuana and the designer drug spice before the gruesome killings in a Phoenix apartment on July 25.

The prosecutor said Wakefield, a transient with a history of mental illness, was booked into a Maricopa County jail on Aug. 1 on one-count of first-degree murder and two counts of animal cruelty after being released from a local hospital.

The prosecutor said he was held on two million dollars bond and was expected to appear in court for a status conference on Aug. 7.

Police said in a court paper that Wakefield said during an interview that he stabbed his 49-year-old wife, Trina Heisch, multiple times before decapitating her and killed the dogs by cutting their heads off.
The police added in a probable cause statement filed in Maricopa County Superior Court that Wakefield said he was trying to get the evil out of Trina.

Police said the Phoenix man had severed his left arm at the elbow and gouged out one of his eyes before being discovered.
It said the blood-splattered scene was found by a neighbour who told police he was checking up on the couple because he knew the man had mental illness issues.

It said they entered the home and found the headless Heisch in a bedroom closet along with the two dogs.
The police said large amounts of blood was spread across the floors, cabinets and walls of the apartment, and several bloody knives were recovered.

The neighbour said when he opened the door of the apartment, he saw Wakefield naked, with part of his arm cut off and his right eye missing, then he called the police.

Meanwhile, investigators said both Wakefield and his wife had histories of mental illness, domestic violence and drug abuse.

The investigators said Wakefield was arrested in 2003 for attempting to kill a family member, while Heisch was arrested in March for domestic violence as she was alleged to have tried to stab Wakefield.

They said family members said during investigation that the two married after meeting in a mental health facility.