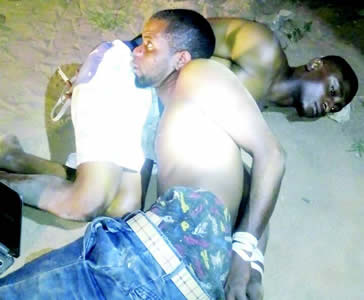 After 11 months on the run, Edo State Special Anti-kidnapping Squad has finally caught up with two suspected kidnappers declared wanted in Benin city.

The suspects identified as Junior Ekete and Iyoha Best were alleged to be members of a notorious kidnap gang terrorizing Edo and Delta states. They reportedly kidnapped a business man while he was supervising construction workers near Country Home Motel road in Benin earlier this year.

They later took N8million from his family before releasing him.

Luck ran out on them yesterday when they were trailed to their usual hideout in Benin city.