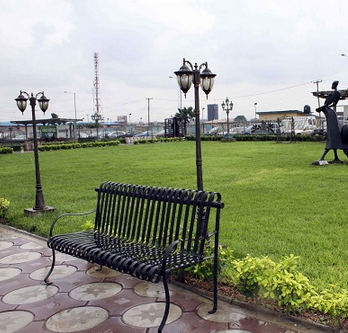 Another victim of unemployment in Lagos has died.

Pictured above is the lifeless body of a man simply identified as Peter who used to live under the bridge before relocating to Ibukun Oluwa parks and gardens in Oworonshoki.

Peter reportedly moved there in 2011 with a couple of homeless guys but police chased all others away except him.

He died on the 13th of June of an unknown ailment. 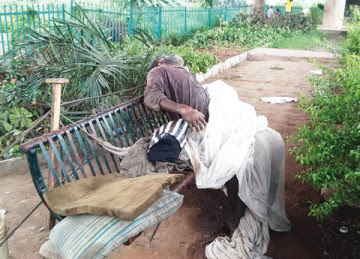 As at yesterday afternoon, his corpse is yet to be removed from the park.

A foul odour oozing out from the park is disturbing local residents.

They are appealing to Lagos State Government to come and remove the corpse.