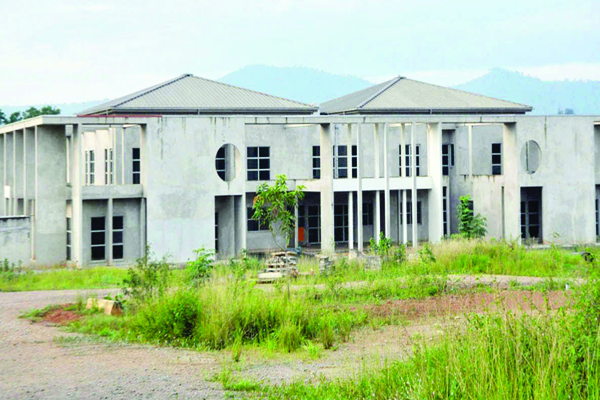 Pictured above is the N7billion Vice Presidential mansion project that started under Goodluck Jonathan’s administration.

Sadly it was abandoned after the senate moved against Ex-FCT Bala Mohammed’s extra 9 billion naira request for the completion.

The huge mansion has been taken over by large reptiles.