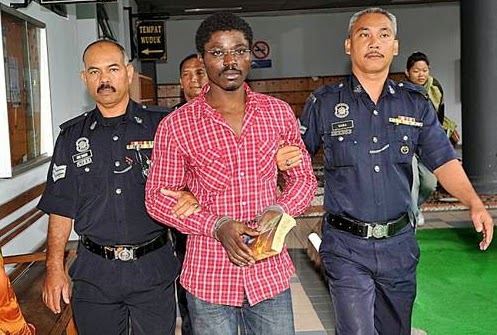 After two years of trial, a Nigerian man has been sentenced to death for drug trafficking in far away country of Malaysia.

Abuchi Ngwoke was caught back in 2012 at a Malaysian airport upon his arrival from Nigeria.

After a thorough search, he was found in possession of 251.66g of Methamphemtamine drug.

Malaysian police said the convict swallowed the drug before he left Nigeria for Malaysia.

35-year-old Abuchi was sentenced to death on Tuesday by a  Malaysian High Court on a drug trafficking conviction.

His execution date has not been set.